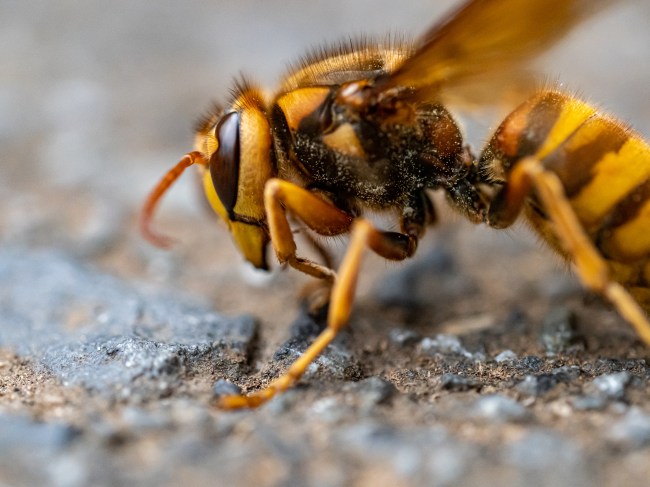 By now everyone has heard of the Japanese “murder hornets”, after a report from the NY Times over the weekend revealed they had made their way to the United States. for the first time.

While these “murder hornets” can be devastating for the U.S. bee population it is worth noting that Japanese bees have figured out a defense against their predators.

The Japanese honeybees are smart enough to lure the hornets into their hive where they team up and form a vibrating sphere around the hornet that produces enough heat to cook their enemy alive.

Some bees have also demonstrated a remarkable survival strategy by working as a team to fight back against individual invaders, researchers have found.

When a hornet enters the hive of Japanese honeybees, researchers have witnessed how hundreds of bees can respond by forming a ball around a hornet. While the bees face an immense disadvantage in both size and strength, the bees working in unison can vibrate to produce heat, raising the temperature in the formation, like a tiny oven, to over 115 degrees. Bees can survive the high temperature, but the hornet cannot, and after up to an hour of cooking, the hornet dies.

A video of how the Japanese bees kill the murder hornets surfaced on Twitter and it’s absolutely fascinating to watch.

Unfortunately, the European Honeybee that lives in the U.S. has not figured out this defense against the murder hornets.

European honeybees, which are the most common pollinator in the United States, don’t appear to have the same instinct. They try to defend against a hornet attack by stinging the invaders, but the Asian giant hornet carries a rigid exoskeleton that makes bee stings ineffective, according to researchers.

“The honeybee in Japan has adapted with this predator and learned through generations to protect themselves,” said Ruthie Danielsen, a beekeeper in Birch Bay, Wash., near where two Asian giant hornets were discovered. “Our honeybees, the predator has never been there before, so they have no defense.”