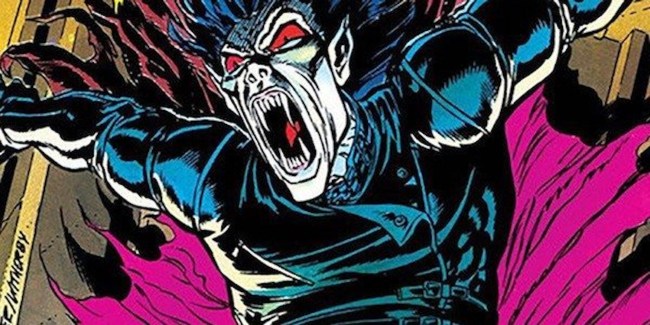 After the somewhat surprising success of Venom — which made close to a billion dollars despite not being very good — Sony has gone all-in on their own mini-Marvel universe that seems set to feature various ancillary Spider-Man characters.

With Venom already under their belt, Sony is set to release two more features based in this universe in 2020: Venom 2 and the Jared Leto-starring vampire superhero flick Morbius. I know, it sounds ridiculous to me too.

“Morbius the Living Vampire” — who debuted in October 1971 — is a scientist named Michael Morbius who is suffering from a rare blood disease. In an effort to cure himself, Morbius instead turns himself into a vampire.

Leto is definitely an interesting choice for the role, as the Academy Award winner’s last foray into comic book filmmaking did not go well by any stretch of the imagination, as his version of Joker — a role that just got Joaquin Phoenix nominated for an Academy Award — in Suicide Squad was widely panned.

But, buttt… if there’s any A-list actor who perhaps could get away with playing a superhero vampire, it’s this dude, so I will hold out faith until proved otherwise.

MORBIUS DRINKING A FORTY IN A DEATH BASKET pic.twitter.com/ItCuGeaRnO

Morbius, which is directed by Daniel Espinosa (Safe House, Life, Child 44), is set to hit theaters on Friday, July 31.

In addition to Leto in the titular role, Morbius stars Adria Arjona, Matt Smith, Jared Harris, and Tyrese Gibson. And perhaps most excitingly, JK Simmons is rumored to appear as J. Jonah Jameson, therefore officially briding the MCU and this Sony Universe.

Not only will JK Simmons have a supporting role (JJ interviews Dr. Michael Morbius on The Daily Bugle), but Spider-Man will have a presence in the film via “Wanted” posters…thus taking place AFTER ‘Far From Home’.