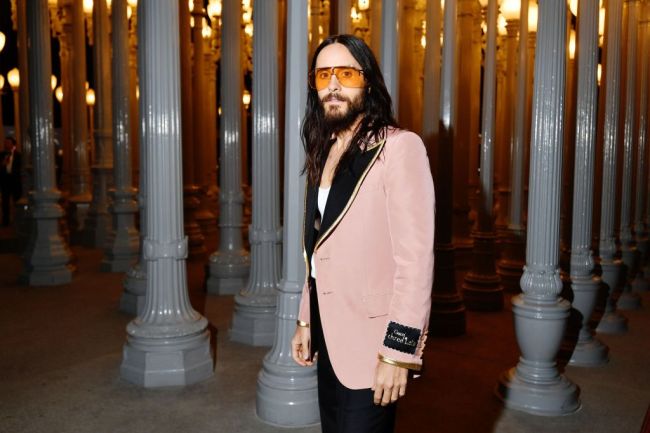 Alas, my old rival and I meet once again. It’s been a hell of a star to 2021 for Leto and I thus far, as the slow drip of Joker reveals has provided the tracks of the emotional roller coaster I’ve been on for the last month or so.

Then, just about a week later, the first trailer for The Snyder Cut dropped and essentially spat my compliment back in my face, as Leto’s Joker briefly appeared to do nothing but become a living meme.

Finally, just a few short days ago, came the final Blitzkrieg from Leto. And damn it while I absolutely hate him, I must respect his battle tactics, because this was an absolutely devastating blow for our men: Vanity Fair released photos of Leto’s Joker posing like Jesus Christ whilst donning a Crown of Thorns. To be honest, I still haven’t recovered.

Zack Snyder and Jared Leto are basically criminals at this point.

Leto’s full-court-press appears to remain in-action, as the Academy Award winner recently sat down with W Magazine, where he threatened to start making shitty rom-coms in what he referred to as an “opposite McConaissance.” May god help us all.

“You know, I was threatening to do, like, an opposite McConaissance,” Leto said when asked if he’d ever make a rom-com.

“I just go dive straight into early-2000s-style rom-coms. Shoot on the beach in either Mexico or Hawaii—that’s contractual. Eight-hour days, maybe six, just show up and have a blast. The hardest part of preparation is the keto diet. That’s basically what it’s going to come down to. Avoiding those carbs can be tough work.” [via W Magazine]

Fair play, Leto. You’ve got me on the ropes in recent weeks. The troops and I are going to have to regroup and prepare to retaliate by the release of The Snyder Cut on March 18, or we risk losing this war for good.