Jared Leto Stayed In Character While Filming ‘Morbius’, A Movie About A Vampire 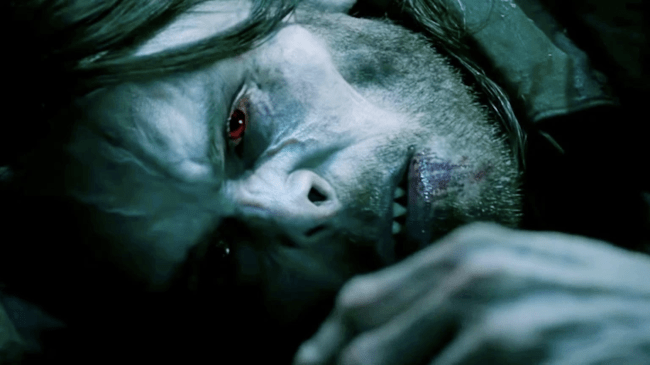 Ever since Suicide Squad — one of the great cinematic letdowns of my adult life, especially considering the quality of that *first* trailer — I’ve waged a half-joking/half-serious one-man smear campaign against Jared Leto. I was simply so scorned that an Academy Award-winning actor (we’ll discuss that win in a bit) could take the character of Joker, a role that has been made iconic by virtually every actor to ever play the part, and botch the execution so deeply.

That, plus the fact that I thought his Dallas Buyers Club performance was more impressive for the physical transformation he underwent than the actual quality of acting, ultimately led me to create a running bit — a bit that very likely only humors me — where I besmirch Leto’s name at every opportunity.

Knowing this, it should certainly come as no surprise that I had abysmally low expectations for Morbius, Sony’s new franchise hopeful with Leto as the centerpiece superhero. And despite how minimal my expectations were, the initial reception to Morbius has actually sunken below that point as the film has opened with a 19% Rotten Tomatoes score after 80+ reviews.

watching the Morbius and Jared Leto takes pour in pic.twitter.com/5SyiIEiA5I

It’s certainly a shame for Leto, as the Oscar winner apparently put quite a bit of preparation and commitment into a character named “Morbius the Living Vampire”, as the director of the film, Daniel Espinosa, said that the 50-year-old thespian stayed in character

“I almost never saw [Leto] getting into the role, it was more that Michael Morbius was on set,” Espinosa told Total Film. “The moment he would exit his trailer, it would no longer be Jared Leto, and he would not want to be spoken to as Jared Leto.”

Espinosa went on to claim that Leto is a “very committed actor” who’s “right in many ways,” which is certainly one way of spinning “he’s not everyone’s cup of tea.”