George Costanza Lit Up Twitter After He Found His Mannequin Doppelgänger 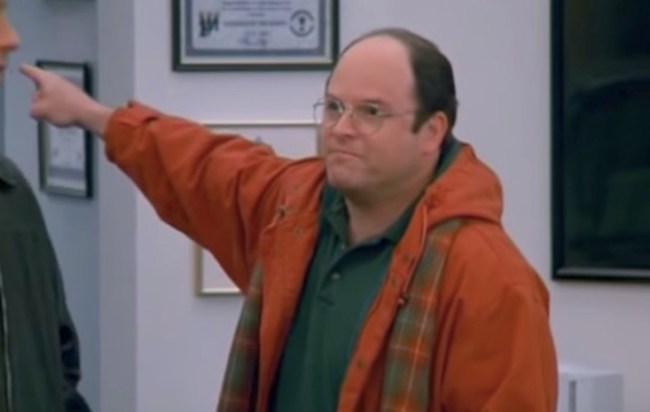 Jason Alexander’s the actor who played George Costanza on NBC’s Seinfeld and if you’re not already following him on Twitter you probably will be after check this out below. It seems that Jason/George was out and about in the city when he came across a pudgy and balding mannequin that was his doppelgänger.

Instead of pulling his hat down and walking away without anyone noticing how hilarious it was that he looks like an ugly ass mannequin, Jason Alexander decided to snap a picture and share it on Twitter:

Don't know who made these mannequins. But if anyone puts glasses on the one 2nd from the left, there will be a lawsuit. pic.twitter.com/hGXk13S8Yt

Jason’s willingness to poke fun at himself led to a string of fantastic responses from Seinfeld fans because Twitter reactions are the best reactions:

Found it a girlfriend pic.twitter.com/RyItONhMi3

Looks like he's attempting to cover his shrinkage. 💦 pic.twitter.com/Usxfo3LSaq

Here let me loan you my lawyer, just in case! pic.twitter.com/cyDqv54CQ5

I think I just pee'd a little… 😂😂😂 pic.twitter.com/8zNdbRQ6ZO

I dunno he gives off the frank reynolds vibe, but if they can confirm if he was in the pool you can have a valid lawsuit pic.twitter.com/BM7F0tksZC

As much as I hate the never ending crazy ass political bullshit on Twitter, I really do love that social network for the witty responses to shit like this. You don’t find interactions between actors and fans like this on Facebook. What I’m trying to say here is I’m shamelessly fishing for follows on Twitter, so go ahead and hit that ‘follow’ button and check me out at @casspa….(h/t HappyPlace)