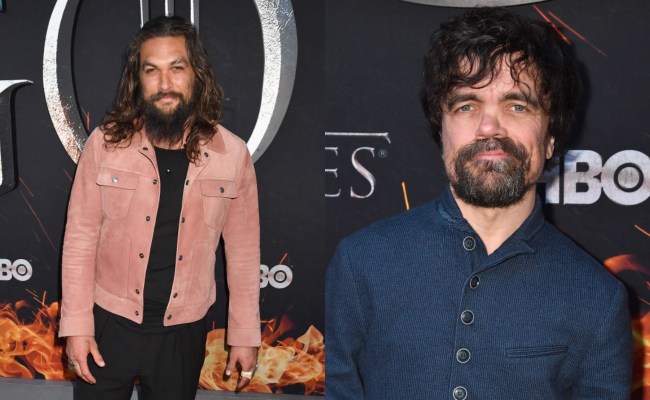 Gotta love a good stunt casting, especially when it seems like it has the potential to actually work. Take partnership between The Rock and Kevin Hart, for example, who are a comedic and therefore box-office homerun. Those dudes flirt with half-a-billion dollar movies every time they team up.

Game of Thrones alumni Jason Momoa and Peter Dinklage certainly have that same potential, especially when considering the project that the pair have just signed up for: a comedy (I think?) that sees the pair — Momoa as a vampire and Dinklage as Van Helsing — running a scam where they “pretend” to kill vampires. That’s a hell of an elevator pitch — I’m all in already.

In Good Bad & Undead, Dinklage will play Van Helsing, last in a long line of vampire hunters. He develops an uneasy partnership with a vampire (Momoa) who has taken a vow never to kill again. Together they run a scam from town to town, where Van Helsing pretends to vanquish the vampire for money. But when a massive bounty is put on the vampire’s head, everything in this dangerous world full of monsters and magic is now after them. The intent is Midnight Run in a Bram Stoker world. [via Deadline]

Good Bad & Undead, which is based on an original idea from Mark Swift & Damian Shannon, is set to be directed by Max Barbakow, who has yet to direct a major feature film. At this time, it is unclear when production on the film is set to begin.