Jason Momoa Teases Upcoming ‘The Crow’ Reboot And He Is Excited 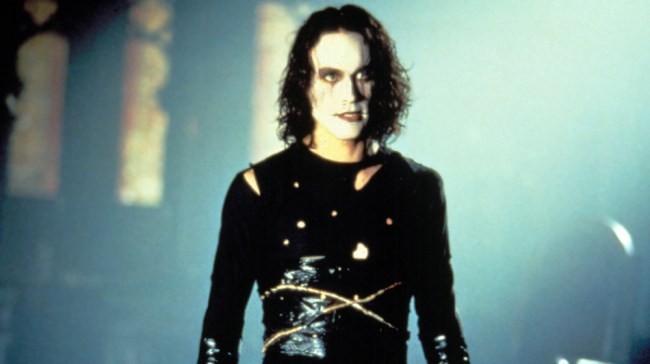 Jason Momoa is a busy, busy man right now. When he’s not partying with the cast of Game of Thrones, becoming best bros with Tormund Giantsbane, and drinking heavily with Emilia Clarke, he has been filming Aquaman and is currently out promoting Justice League. Now he’s promoting The Crow reboot and the movie hasn’t even started production yet. The hardest working man in showbiz shared an image for The Crow Reborn as well as a photo of him and the film’s director Corin Hardy on his Instagram on Sunday.

The Instagram post features artwork of The Crow, which appears to be from a fan-created poster. Momoa captioned the two photos: “I’ve been waiting for sooooo long. [Corin Hardy] let’s do this brother.” So it would appear that production of The Crow is right around the corner. Hardy is a British film director, who made his directorial debut with the 2015 horror film The Hallow. Corin is directing the horror film The Nun, which is a spin-off of The Conjuring 2, and is expected to arrive in 2018. The Crow Reborn is said to be a faithful adaptation of James O’Barr’s 1989 comic book than the 1994 film directed by Alex Proyas.

The original The Crow movie starred Brandon Lee who died following san injury suffered on set. There have been three sequels since the original movie that were all direct-to-video efforts: The Crow: City of Angels (1996), starring Vincent Perez (as The Crow), The Crow: Salvation (2000), starring Eric Mabius (as The Crow) and The Crow: Wicked Prayer (2005), starring Edward Furlong (as The Crow). There were rumors that other notable Hollywood actors such as Bradley Cooper, Tom Hiddleston, and Luke Evans would be cast as the revenge-driven goth antihero but the role was given to Momoa, who is a hot commodity right now.