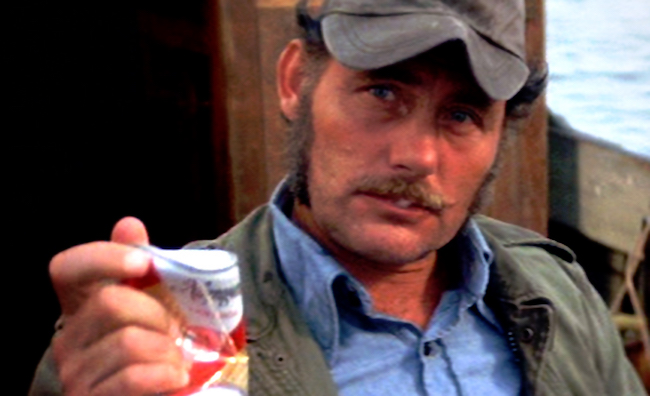 As far as I’m concerned, there are a few movies that are absolutely required viewing during the summer months. For example, to celebrate the Fourth of July, I watched Independence Day, Top Gun, and Team America on consecutive nights to help me get in a patriotic mood. There are also a few movies out there that perfectly capture the spirit of the carefree summers of my youth, which is why I make sure to set aside time for The Sandlot and Dazed and Confused (as well as my ultimate guilty pleasure: Dirty Dancing).

However, there’s one film that might not make most people’s list that I consider a summer essential: Jaws. When you consider the movie has made millions of viewers afraid to step foot in the ocean on the off chance they encounter a great white shark hungry for human flesh, I can understand why some people might not want to watch it before heading to the beach. However, that doesn’t stop me from throwing it on every year so I can hear Quint talk about doll’s eyes.

If you’ve somehow never seen Jaws (or would prefer to forget about it so your vacation to a tranquil seaside town isn’t filled with anxiety) then comedian Mike Camerlengo has just the thing for you. He recently decided to sit down and do his best Masshole impression while recapping the movie in a little over a minute in a hilariously accurate video that perfectly sums up the essence of the movie.

Camerlengo has given a bunch of other movies the similar treatment, so if you enjoyed this recap, I suggest you explore the rest of his catalog.