Academy Award Winner Jeff Bridges Shares Cancer Diagnosis As Only He Could, Says Prognosis Is Good 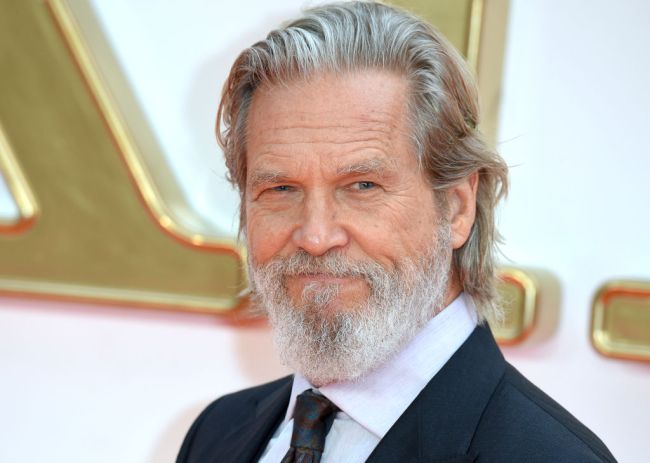 Academy Award-winning actor Jeff Bridges, 70-years-old, revealed in a tweet on Tuesday night that he has been diagnosed with cancer, specifically, Lymphoma.

“As the Dude would say.. New S**T has come to light,” Bridges tweeted.

I have been diagnosed with Lymphoma. Although it is a serious disease, I feel fortunate that I have a great team of doctors and the prognosis is good. I’m starting treatment and will keep you posted on my recovery.

I’m profoundly grateful for the love and support from my family and friends. Thank you for your prayers and well wishes. And, while I have you, please remember to go vote. Because we are all in this together.”

I’m profoundly grateful for the love and support from my family and friends.

Thank you for your prayers and well wishes. And, while I have you, please remember to go vote. Because we are all in this together. https://t.co/6sAU4MYixl

Bridges, who won an Academy Award for Best Actor for his performance in the 2009 film Crazy Heart, is perhaps best known for his role as The Dude in the Coen Brothers comedy The Big Lebowski, which is arguably one of the most famous and revered film characters of the last 30 years.

In addition to his win for Crazy Heart, Bridges — who began his professional acting career in the 1960s — has been nominated for an Academy Award six other times for his performances in The Last Picture Show, Thunderbolt and Lightfoot, Starman, The Contender, True Grit, and Hell or High Water.

Personally, Bridges is one of my favorite actors of all-time, as his effortless yet gruff charisma has served as a calming influence and anchor across multiple films and decades, whether that be as the veteran lawman alongside Matt Damon in True Grit, the lead in sci-fi cult classics such as Tron, or his career-defining performance in iconic comedies such as The Big Lebowski. He’s starred alongside the likes of Robin Williams and Ryan Reynolds and in every genre under the sun, from indie dramas to popcorn blockbusters. Bridges is one of the best actors of his generation and American pop culture in a better place because he’s been a part of it.

We wish Bridges a speedy recovery and look forward to seeing him on the big screen again.