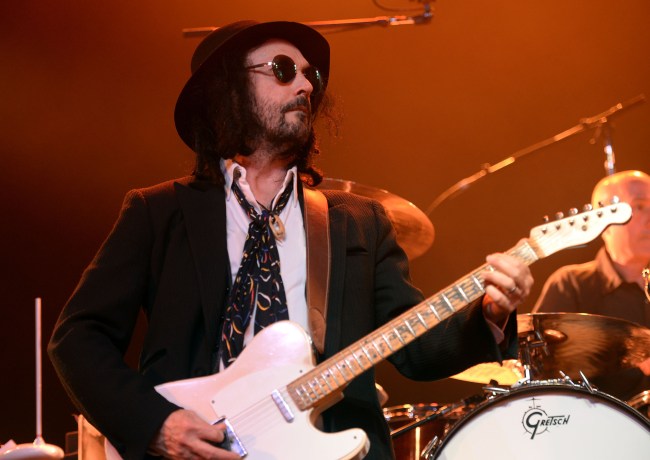 The Dirty Knobs, a new band led by longtime guitarist for Tom Petty and the Heartbreakers Mike Campbell, released its third single from the upcoming album Wreckless Abandon on Monday. Co-written by Chris Stapleton, “F*ck That Guy” is a pretty straightforward song that could be written about anyone or anything that simply makes you want to say the song’s title.

The music video is directed by Gilbert Trejo (whose father Danny Trejo makes a masked appearance at the 2:24 mark) and gives a big ole middle finger to the COVID-19 global pandemic that we face today. It opens with Curb Your Enthusiasm actor Jeff Garlin in his car before a walking embodiment of Coronavirus walks in front of his car and forces him to slam on the breaks. The fuzzball-headed figure continues walk down the street and he is met a parade of masked pedestrians giving him the middle finger. As the video continues, the pandemic-placeholder proceeds to steal bicycles, sunbathe naked, flick lit cigarettes and make you want to say ‘F*ck that guy.’

“I could really be about anyone you know,” Mike Campbell said about the song. “The video is a bizarre and darkly humorous take on 2020. It’s been a hard year. It helps to just laugh.”

As the video comes to a close, Coronavirus finally gets the beating it deserves. Man, f*ck that guy.