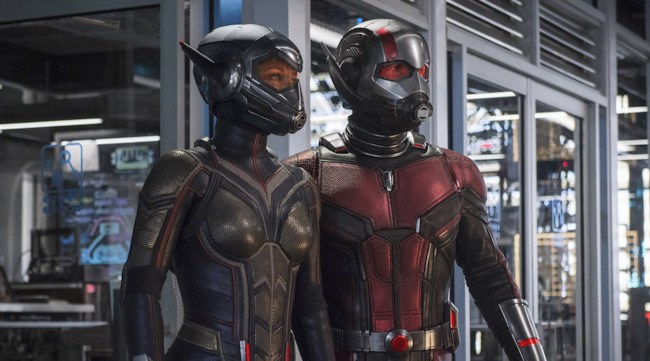 Talk about a perfect combination of talent and intellectual property: according to an exclusive report from The Hollywood Reporter, Jeff Loveness — a writer and producer of the hit animated comedy series Rick and Morty — has been hired to pen the screenplay for the upcoming third installment in Marvel Studios’ Ant-Man franchise.

Jeff Loveness, a writer and co-producer on Cartoon Network’s acclaimed Rick and Morty, has been tapped to pen the script for the third installment of Marvel Studio’s Ant-Man.

The deal was wrapped up in the early days of Hollywood’s shutdown, according to sources, and Loveness has already commenced writing.

Marvel has yet to publicly announce the project and seeing as writing is just getting underway, it is unclear when the third Ant-Man outing would shoot. [via The Hollywood Reporter]

Additionally, the report states that Peyton Reed — who directed the first two films in the franchise — will return to helm the third. Rudd will also (and obviously) be returning as Ant-Man, while Evangeline Lilly is set to reprise her role of The Wasp (despite her wildly ignorant comments about the virus back in March).

Just last week, Disney announced their updated schedule for all of their upcoming Marvel Cinematic Universe films, as everything in Phase 4 has essentially been pushed back six months due to the ongoing global situation. However, the third film in the Ant-Man franchise was not included as it has yet to be given an official release date.

At this time, you can stream Ant-Man over on Disney+ and Ant-Man and the Wasp over on Netflix.