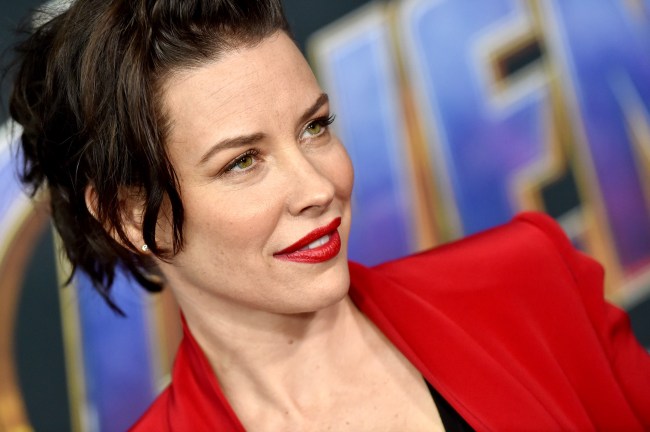 We’ve seen a lot of ignorant people show their butts over the past week or so, Kyle Kuzma and Vanessa Hudgens, for example, when it comes to taking proper precautions to not get infected or infect others, but Ant-Man and The Wasp star Evangeline Lilly might have just jumped to the top of that list of idiots.

For you see, Lilly posted a photo of her morning tea this week on Instagram with the caption, “Just dropped my kids off at gymnastics camp. They all washed their hands before going in. They are playing and laughing. #businessasusual.”

When commenters called her out for treating the world as if it really is #businessasusual, Lilly replied with some of the most asinine comments we’ve heard about the world’s current situation since the last time we checked O.J. Simpson’s Twitter account.

The 40-year-old mom of two not only is continuing to act as if nothing is wrong, sending her kids off to congregate with other children, she also revealed that she’s currently living with her dad who has stage 4 leukemia!

Lilly called the virus nothing more than a “respiratory flu” and said, “Where we are right now feels a lot too close to Marshall Law [sic] for my comfort already, all in the name of a respiratory flu,” she responded in another comment. “It’s unnerving…Let’s be vigilant right now. And kind. Watchful and gracious — keeping a close eye on our leaders, making sure they don’t abuse this moment to steal away more freedoms and grab more power.”

Then… THEN, she added, “There’s ‘something’ every election year” as if this whole thing is some kind of hoax or conspiracy theory.

Is Evangeline Lilly one of those anti-vaxxers? Because she sounds like an anti-vaxxer.