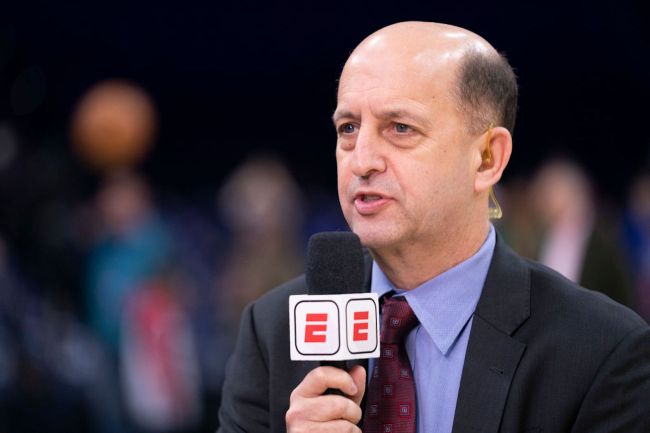 This year’s NBA Playoffs represent the most basketball I’ve watched in literal years. Maybe it’s because we’re finally free of all those seasons where the Golden State Warriors meeting the Cleveland Cavaliers in the NBA Finals was a foregone conclusion. Hell, maybe it’s because I suffered through a year-plus-long pandemic and am simply craving any mass expression of human emotion that I can get my hands off. Maybe it’s cause I’m a single dude with a wicked gambling habit. Actually, the why of it isn’t really important — the fact is that I’ve been watching more NBA than ever and it’s been a blast, especially as the various superteams have fallen by the wayside.

That said, even as a newfound NBA fan (well, not technically “newfound”, as I used to crush basketball back in high school and college), I’m well aware of the disparity between TNT’s coverage and ESPN’s coverage. In fact, I actually find myself legitimately annoyed when I realize the night’s game is one the latter channel instead of the former.

I’m certainly not alone in that regard, as basketball fans were absolutely laying into former NBA head coach and current ESPN color commentator Jeff Van Gundy for some of his opinions during Game 5 of the Western Conference Finals between the Los Angeles Clippers and Phoenix Suns, particularly his hot takes about Paul George (who put up 41 points, 13 rebounds and six assists to help the Clippers stave off elimination):

Paul George just played the best, most important game of his career and Jeff Van Gundy out here talking about “sissyfication” – aka calling him a sissy. What are we doing to these players sports media? Seriously though.

“I am sick of the sissification of the game.”
— Jeff Van Gundy, dumbfounded again by a flagrant foul call

For reference, the NBA
that JVG coached in: pic.twitter.com/P1XACoKBPM

*Player is in the sharpshooter*

Jeff Van Gundy: THESE PLAYERS ARE PUSSIES. THATS NOT A FLAGRANT

Paul George is on fire, has played all but 3 minutes tonight and leads the post season in minutes and Jeff van Gundy is giving him shit for taking a rest. This is why nobody wants to hire him as a coach again. Clown.

How NBA fans feel like listening To Jeff Van Gundy and Mark Jackson commentate over an NBA game pic.twitter.com/55qa4LZRzP

jeff van gundy: how is that a flagrant the game has become soft

the flagrant in question: pic.twitter.com/CmRB3HtFnB