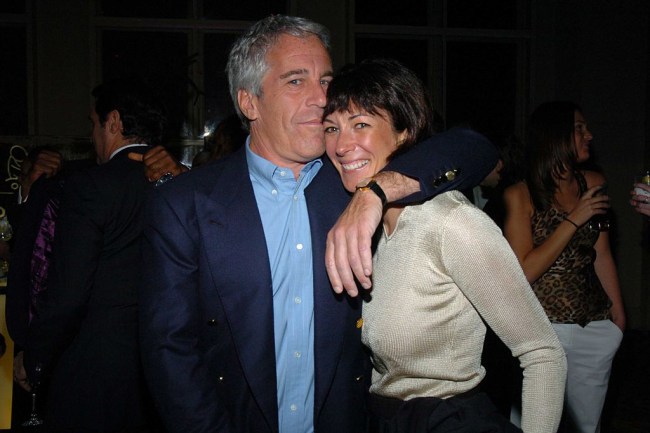 Jeffrey Epstein died on August 10, 2019, but it has taken the FBI over four months to begin an investigation into the convicted pedophile’s alleged fixer Ghislaine Maxwell. The Federal Bureau of Investigation has reportedly started looking at Epstein’s confidante as well as other people who enabled the disgraced financier.

Jeffrey Epstein was arrested at Teterboro Airport in New Jersey on July 6, 2019. He was charged with sex trafficking and conspiracy to traffic minors for sex, plus FBI agents raided Epstein’s Manhattan townhouse and found nude photos of underage girls.

He was a travel risk and was incarcerated at the Metropolitan Correctional Center (MCC) in New York City. The state prison is where Epstein was found dead from what the NYC medical examiner declared to be a suicide by hanging.

Conspiracy theories suggest that influential people had Epstein murdered in prison because he had dirt on numerous dignitaries and politicians around the world because he provided them underage girls. Famed forensic pathologist Dr. Michael Baden said Epstein’s neck injuries look more like strangulation than a suicidal hanging.

British socialite Ghislaine Maxwell, who is the daughter of the late wealthy publishing tycoon Robert Maxwell, was reportedly Epstein’s girlfriend and longtime confidante. In 2003, Epstein called Ghislaine his “best friend.” However, there are allegations that Maxwell was Epstein’s fixer and recruiter who helped supply Epstein and his powerful friends with underage girls.

The 58-year-old alleged madam was accused in court papers of providing sex slaves for Epstein and engaging in threesomes with Jeffrey and underage girls. Epstein victim Virginia Giuffre filed a complaint that said Epstein sexually abused her from 1999 to 2002 with the “assistance and participation” of Maxwell.

Giuffre told Dateline NBC: “I get approached by this beautiful, well-spoken, well-mannered woman with an English accent. She told me her name was Ghislaine Maxwell, and she said, ‘I know this older gentleman who’s looking for a traveling masseuse. He’s super rich, he flies around everywhere. If you want, you can come by for an interview.’”

Giuffre said Maxwell ordered her to perform sex acts on Epstein during their first meeting. Ghislaine has denied Giuffre’s allegations, and called the claims “entirely false” and “entirely untrue.”

Five days after the photos, there was a report by the Daily Mail that said Maxwell and her lawyer Leah Saffian staged the photos to throw off investigators. There have been no new photos of Maxwell, and there have been no reports of her exact whereabouts ever since Epstein was arrested in July.

The Daily Mail is reporting that the photos of alleged Jeffrey Epstein co-conspirator Ghislaine Maxwell at In-N-Out Burger were staged by her and her confidante/lawyer Leah Saffian in a bid to throw off investigators. https://t.co/qr2oXNcRpH

The FBI is finally getting around to investigating Ghislaine Maxwell and her involvement with Epstein’s alleged sex trafficking syndicate. Two anonymous law-enforcement officials told Reuters that they have opened up an investigation on Maxwell, as well as “people who facilitated” Epstein’s actions.

The authorities did not reveal what other people are involved with the Epstein situation, but did acknowledge that they have no current plans to interview Prince Andrew from the U.K., a close friend of Jeffrey’s.

The FBI revealed that they have received several leads from women who called a special hotline for victims of Epstein that was started in July after Epstein’s arrest, and they are exploring possible connections. The source said the investigation is still in its infancy.