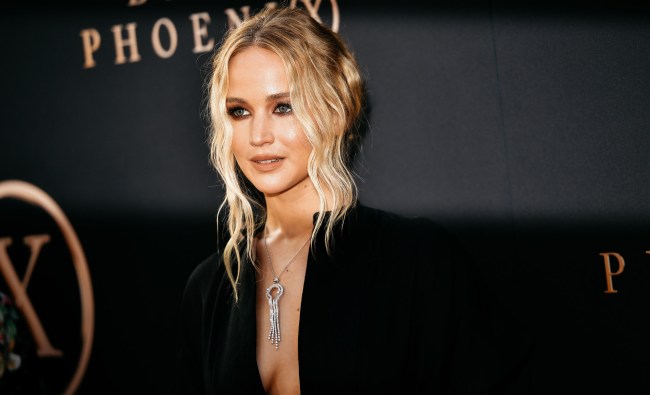 Back in 2017, we almost lost our J-Law. For those of you who don’t remember, in June of that year, Jennifer Lawrence’s private jet suffered a catastrophic double engine failure forcing an emergency landing and narrowing avoiding a plane crash of monumental proportions.

Lawrence’s jet experienced double engine failure at 31,000 feet while traveling to the greater New York City area, flying from her home in Louisville, Kentucky to Teterboro Airport in New Jersey.

The Hawker Beechcraft B40 aircraft was forced to make an emergency landing at the Buffalo Niagara International Airport. Thankfully, Lawrence was able to escape unscathed.

It was a truly harrowing experience. I assume it was also scary for those people who were on the plane and thought it was going to crash.

Actually, I don’t have to assume, because Jennifer Lawrence recently talked to Vanity Fair about the terror she experienced on that ill-fated flight.

There was a moment, shortly before her break, when Lawrence was convinced she was going to die. It was the summer of 2017, and she’d boarded a private plane in her hometown, Louisville, Kentucky, bound for New York City. (“I know, flying private, I deserve to die.”) She had wrapped Mother!, her then boyfriend Darren Aronofsky’s horror movie of biblical proportions, in which Lawrence’s titular character is (spoiler alert—well, all kinds of alerts) burned alive after a teeming crowd eats her baby. All to say, her adrenals were a mess prior to takeoff.

Up in the air, there was a loud noise, and the air pressure in the cabin went kind of rubbery. The other passenger, the son of the Louisville doctor who delivered Lawrence and her two brothers, was called to the cockpit. He returned ashen-faced with news that one of the two engines had failed but stressed that they could still make a safe emergency landing with just the one. Then the plane went silent, and Lawrence knew that they were cooked. “My skeleton was all that was left in the seat,” she says. They’d lost the second engine.

Lawrence could hear the cockpit clanging in distress as the plane dipped wildly. “We were all just going to die,” says Lawrence. “I started leaving little mental voicemails to my family, you know, ‘I’ve had a great life, I’m sorry.’ ”

Related: Jennifer Lawrence Got High Before Filming A Scene With Meryl Streep, Says Everyone Was ‘F—ing With Her’

She was sorry? For what? Dying?

“I just felt guilty,” Lawrence explained. “Everybody was going to be so bummed. And, oh, God, Pippi [her dog] was on my lap, that was the worst part. Here’s this little thing who didn’t ask to be a part of any of this.” She saw a runway below, awash with fire trucks and ambulances. “I started praying. Not to the specific God I grew up with, because he was terrifying and a very judgmental guy. But I thought, Oh, my God, maybe we’ll survive this? I’ll be a burn victim, this will be painful, but maybe we’ll live. Please, Lord Jesus, let me keep my hair. Wrap me in your hair-loving arms. Please don’t let me go bald.’”

That last part was a joke, by the way. I think.

Lawrence also added, “Flying is horrific and I have to do it all the time.”