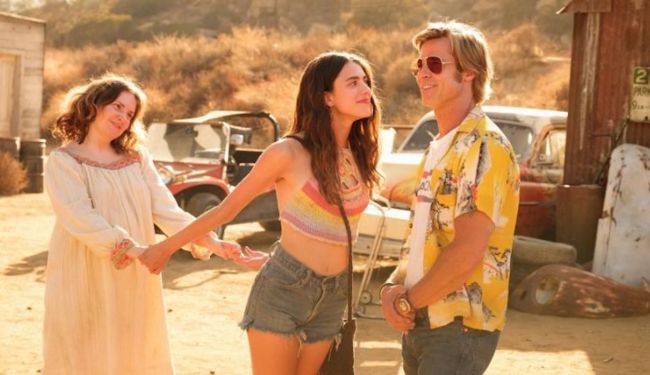 Did you know Quentin Tarantino’s first novel released today? *Literally today* — Tuesday, June 29. The novel, as it turns out, is titled Once Upon A Time In Hollywood. Sounds familiar, no? It should, as that’s also the title of Tarantino’s most recent film, which famously starred Leonardo DiCaprio and Brad Pitt. As a huge Tarantino nerd, I’ve actually already bought it — Amazon says it will arrive later today. Here’s the catch, though: the book and the film are completely different, as the novel essentially represents an expansion of the 2019 film, providing fans with all-new stories about the various Once Upon A Time In Hollywood characters.

As a result of the book’s release, Tarantino has been on a tireless press tour, popping up on talk shows and podcasts galore. Just last Friday, for example, he told Bill Maher that he considered remaking Reservoir Dogs as his final film.

The legendary director dropped a similarly interesting tidbit while appearing on Marc Maron’s WTF Podcast, revealing that Academy Award winner Jennifer Lawrence auditioned for a role in the film, albeit not the role you may think (Sharon Tate). That’s right, according to QT himself, Lawrence read for the part of Squeaky Fromme, which was ultimately played by Dakota Fanning.

“Early on, in the pre-production of Once Upon A Time In Hollywood, I flirted around with the idea of—and [by the way], I couldn’t be happier with what Dakota Fanning did, it’s one of the best performances in the movie, she’s amazing as Squeaky Fromme, she becomes [her]. But early on, I investigated the idea of Jennifer Lawrence playing Squeaky, so she came down to the house to read the script cause I wasn’t letting it out,” Tarantino explained.

“So, she came down to the house, ok, I gave her the script, go in my living room or go outside by the pool and read it. So she read it, and afterward, we talked about it a little bit. She was interested in doing it, but something didn’t work out, but she’s a very nice person, and I respect her as an actress.”

Ultimately, Lawrence’s star power in such a small role would’ve likely distracted from the tension of the Spahn Ranch scene, which wound up being one of the film’s best moments.

Once Upon a Time in Hollywood: A Novel is now available to purchase.