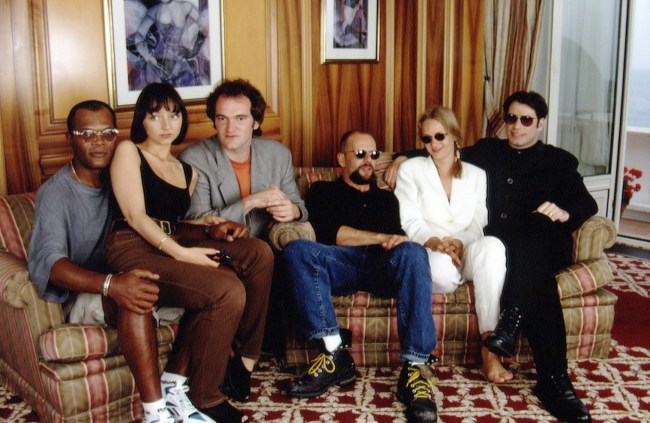 I can tell you my four favorite movies of all time of right off the top of my dome, although the order in which I rank them often changes: The Dark Knight, GoodFellas, Eternal Sunshine of the Spotless Mind, and Pulp Fiction. Ironically, figuring out what my fifth favorite is — because who doesn’t like a nice, clean “Top 5”? — has proven to be more difficult, although Blade Runner 2049 makes a strong case.

Of those four, though, there’s no question that GoodFellas and Pulp Fiction are the most important movies in my life, as they were more or less responsible for shaping my interest, and general opinion, of movies. I distinctly remember the first time my parents showed me both of these films. What I remember most, though, is the fact that I was probably too young to be seeing them. The *first scene* in GoodFellas is Tommy stabbing Billy Bats in the chest with a kitchen knife. Contrast that with Pulp Fiction, which opens with a meaningless conversation in a quiet California diner before exploding into a robbery. I’d never seen anything like either of those moments before to such an extent that I instantly knew these movies were something different, they were on another. And I’ve never looked back since, as my livelihood is now built upon writing about these very movies. Work hard and maybe you’ll get lucky is the life lesson I’ve learned from that one.

The point being is that perhaps it’s my lifelong love for Pulp Fiction that’s skewing my perception, but I find this list of Quentin Tarantino’s casting choices for the film to be mesmerizing. Since the list is particularly dense, I’ll bullet point some highlights:

Here are the other roles. pic.twitter.com/856bdMaM3h

The Butterfly Effect of it all warps the mind. Imagine Denzel Washington as Vincent, a role that was written for Michael Madsen (who starred as Mr. Blonde in Tarantino’s debut feature Reservoir Dogs) but ultimately went to “strong, strong, strong second choice” John Travolta. Or the fact that the career-defining role of Jules Winfield wasn’t written for the now-iconic Samuel L. Jackson, but rather Laurence Fishburne.

For a movie fan like myself — and if you’ve made it to this point in the article, a movie fan like you, as well — this is a priceless look into the inner machinations that made up one of the greatest films of my lifetime: Pulp Fiction.