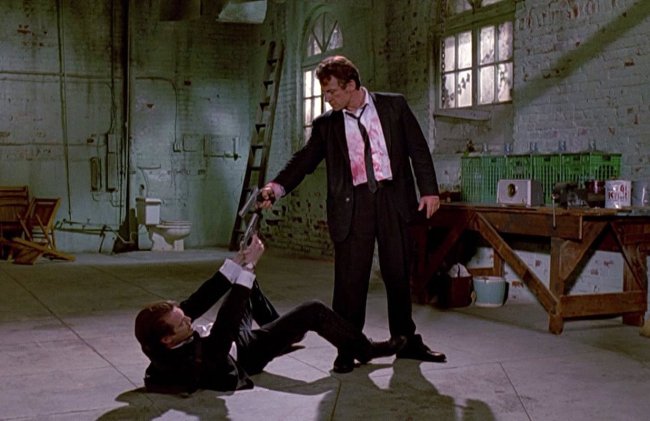 Anytime he’s given a chance, iconic filmmaker Quentin Tarantino has long claimed he plans on retiring from directing after the release of his tenth feature film. And if you do a quick calculation, you realize that his 2019 film Once Upon A Time… In Hollywood was his ninth, which means the clock is ticking. Personally, I’ve always called bullshit on this one, as Tarantino seems too manic, too wired, too passionate to simply “turn it off” one day.

Nevertheless, despite how much I doubt him, Tarantino was, once again, recently discussing his impending retirement, this time during an appearance on Real Time with Bill Maher, which prompted the legendary Pulp Fiction director to reveal he reconsidered remaking Reservoir Dogs, which was his first film, for his final movie.

“That’s why I want to quit!” Tarantino exclaimed when Maher remarks that he’s at the peak of his powers.

“I know film history, and from here on in, directors do not get better. I still haven’t retired yet, I still have another one to go. I don’t have a reason that I would want to say out loud that’s going to win an argument in a court of public opinion. At the same time — working for 30 years, doing as many movies as I’ve done — that’s a long career, that’s a really long career. And I’ve given it everything I have.

Tarantino, a famous, almost computer-like film buff, then used the career of director Don Siegel as a specific example as to why he wants to call it quits while he’s still in his prime before dropping his Reservoir Dogs bomb.

“Don Siegel: if he had quit his career in 1979 when he did Escape from Alcatraz — what a final film! What a mic drop But he dribbles away with two more other ones, he doesn’t mean it,” Tarantino agued.

“I’ve actually considered making a remake of Reservoir Dogs as my last movie. I won’t do it, internet! But I considered it.” [via Real Time with Bill Maher]

Having grown up on the works of Tarantino — Pulp Fiction and Goodfellas (I’m very much aware that’s not his movie, just sharing an anecdote) are the two films that made a childhood Eric realize what movies *could be* — the idea of the director retiring as he barely enters his 60s is akin to a movie-related nightmare. All Tarantino needs to do is look at Steven Spielberg, for example, who was churning out movies like Catch Me If You Can, War of the Worlds, The Terminal, and Munich, when he was around Tarantino’s current age. Now, are those up there with Jaws and Raiders of the Lost Ark and Jurassic Park? No, of course not. But worthy entries into Spielberg’s filmography all the same? Absolutely.

Keep going until the wheels fall out, Quentin. Please.

RELATED: Quentin Tarantino Names What He Thinks Is The Best Movie Of The Last Decade