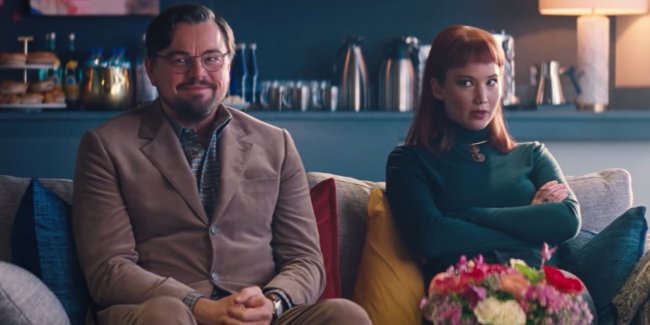 For the first time in a few years, Oscar winner Jennifer Lawrence finds herself back in the limelight as she’s set to star alongside Leonardo DiCaprio in Adam McKay’s black comedy Don’t Look Up, which hit theaters this Friday before releasing on Netflix on December 24.

After a string of hits in the early 2010s such as X-Men: First Class, The Hunger Games franchise, Silver Linings Playbook, American Hustle, and X-Men: Days of Future Past, Lawrence career took a bit of a downturn as she then went on to star in duds such as X-Men: Apocalypse, Passengers, Mothers!, Red Sparrow, and Dark Phoenix. Subsequently, Lawrence took a step back from headlining movies for a couple of years, finally resurfacing in Don’t Look Up.

Now in the midst of promoting the film, the now 31-year-old Lawrence — who is pregnant with her first child — appeared on The Late Show with Stephen Colbert, where she detailed the “hell” of filming a particular scene with Leo.

RELATED: Jennifer Lawrence Admits A Bunch Of Her Recent Movies Were Crap, Thinks ‘Everybody Got Sick Of Her’

The day in question was a scene that DiCaprio, 47, and Chalamet, 25, were filming with Lawrence in a car.

“It was the most annoying day in my life. They drove me crazy that day,” Lawrence said of filming a scene with co-stars Leonardo DiCaprio and Timothee Chalamet.

“I don’t know what it was. Timothée was just excited to be out of the house [after the pandemic lockdown]. I think it was, like, his first scene. And Leo had picked the song that was playing in the car and was just, like, ‘You know, this song was about, you know, blah, blah, blah.’ I just remember being in absolute misery that day. It was hell.” [New York Post via The Last Show]

RELATED: Jennifer Lawrence Got High Before Filming A Scene With Meryl Streep, Says Everyone Was ‘F-ing With Her’