Jennifer Lawrence Admits A Bunch Of Her Recent Movies Were Crap, Thinks ‘Everybody Got Sick Of Her’ 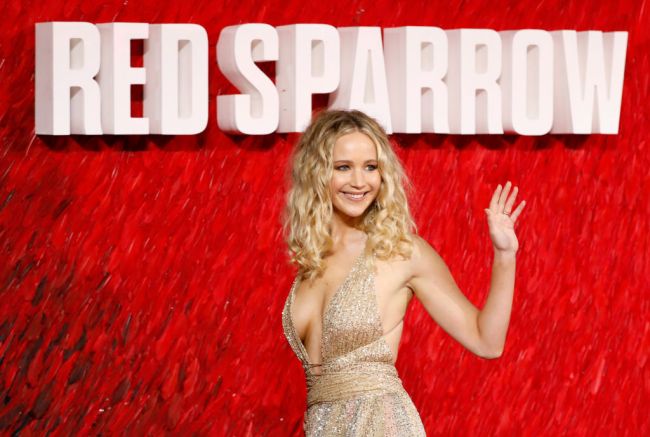 Still only 31-years-old, Academy Award winner Jennifer Lawrence has already reached the mountaintop of Hollywood, having become — at just 22-years-old — the second-youngest person to ever win an Oscar for Best Actress for her work alongside Bradley Cooper in David O. Russell’s Silver Linings Playbook.

The problem with being at the top, though, is that the only place to go from there is down, which is exactly what happened to Lawrence’s career following a string of critical and financial disappointments such as Darren Aronofsky’s mother!, Francis Lawrence’s Red Sparrow, Morten Tyldum’s Passengers, and the diabolical final X-Men film Dark Phoenix.

RELATED: Jennifer Lawrence Got High Before Filming A Scene With Meryl Streep, Says Everyone Was ‘F-ing With Her’

During a recent interview with Vanity Fair, Lawrence admitted that her most recent films have largely been subpar, saying that she “was not pumping out that quality” that she should have.

“I think that I was people-pleasing for the majority of my life. Working made me feel like nobody could be mad at me: ‘Okay, I said yes, we’re doing it. Nobody’s mad.’ And then I felt like I reached a point where people were not pleased just by my existence. So that kind of shook me out of thinking that work or your career can bring any kind of peace to your soul.” [via Vanity Fair]

Luckily for Lawrence, that sour streak is sure to change as the early reviews of her next film, Adam McKay’s Don’t Look Up, have been receiving rave reviews thus far.

Don’t Look Up, which stars Leonardo DiCaprio alongside Lawrence as two low-level astronomers trying to warn the country about an oncoming asteroid, will hit theaters on December 10 before hitting Netflix on Christmas Eve.