Jennifer Lopez And Ben Affleck Kissed, Were Immediately Turned Into A+ Memes 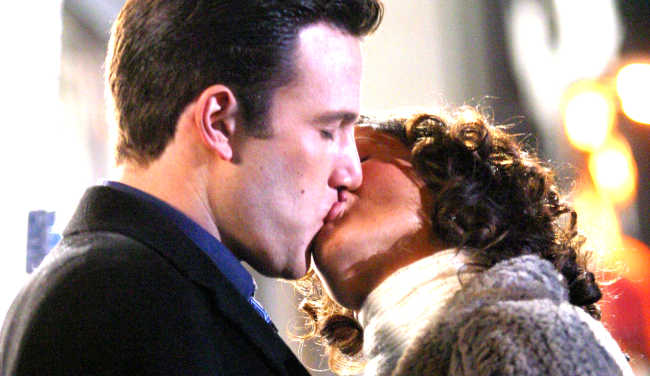 Let’s see. Where were we in the whole Ben Affleck – Jennifer Lopez – Alex Rodriguez story?

Oh yeah. A-Roid is still trying to nail down that purchase of the Minnesota Timberwolves that reportedly was one of the last straws for JLo in their relationship.

Affleck has officially taken over the possible future stepdad role once filled by down bad Rodriguez.

Alex is also back hanging around his ex-wife Cynthia whose brother is suing the not Hall of Famer for racketeering, embezzlement and fraud.

Rodriguez also stirred up rumors that he was hooking up with Katie Holmes, but in reality, Holmes’ rep said the former Mrs. Cruise “doesn’t know him.”

While Lopez’s mom Guadalupe “Lupe” Rodriguez is hanging out with Ben, her daughter’s one-time fiance, at the Las Vegas Wynn resort and casino.

Apparently Ben Affleck invited Jennifer Lopez’s mom Lupe to do a cameo for his new project filmed in Vegas. pic.twitter.com/ZoCtmV7crv

Word is, Affleck is filming and directing a new project in Sin City. Is it Gigli 2? Perhaps it’s a sequel to Jersey Girl. Maybe he’s putting together a film chronicling that time he got banned from the Hard Rock in Las Vegas ­because he was caught counting cards at the blackjack table.

Guess we’ll have to wait to find out.

Okay. I think that about covers it. We’re all up to speed now.

Oh, right. Affleck and Lopez also finally kissed in public, so, of course, pictures and video were taken of the momentous occasion because they are now followed around 24 hours a day by people with cameras. Some of them they didn’t even pay to do so!

probably the most compelling 13 seconds of film shot this year pic.twitter.com/yZ0xzJFdhP

The kiss came at Nobu in Malibu while the couple were there celebrating Lopez’s sister’s 50th birthday.

It also looked… very familiar. Where have we seen this before?

How come when Ben Affleck gets back with his ex it's a love story many years in the making but when I do it I'm a complete moron?

ben affleck and jlo are in a fake relationship but i do support it. culturally we NEED more celebs in fake relationships making out for photo ops PLEASE I don't ask for much but this is what I'm asking for

me catching up on ben affleck and jlo like pic.twitter.com/aVatIUtAEX