‘Jeopardy’ Contestant Loses $1,200 And All My Respect After Mistaking Uncle Kracker For Kid Cudi 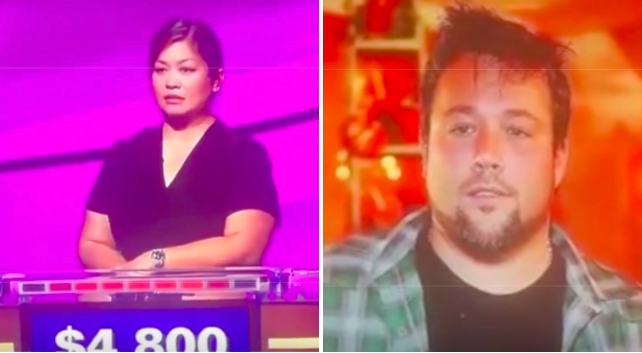 If you were gearing up for a night out and someone asked you to put on the new Kid Cudi as hype music, how do you think it would be received if you threw on Uncle Kracker’s Drift Away? You may be rolling to the club solo, Stephen Glansberg. I’m pretty sure I just set the Guinness World Record for most times Uncle Kracker and Kid Cudi have been used in the same sentence. Credit to me.

If you would like a visual representation of the similarities and differences between the two artists, please refer to this Venn diagram I have created. 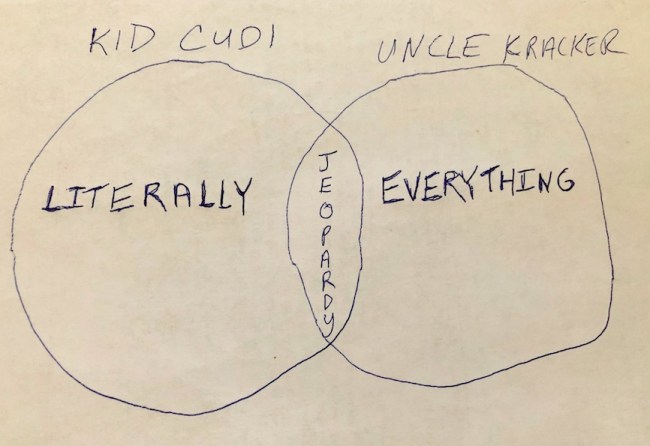 That tiny slither of commonality came during Tuesday night’s Jeopardy episode when contestant Myra Guideng was shown a picture of Uncle Kracker couple with Trebek’s clue: “Formerly Kid Rock’s DJ, this avuncular fellow has ranged from country-pop to rap-rock.”

Myra couldn’t be more confident when she immediately buzzed in with the answer: “Who is Kid Cudi?”

The mistake ended up costing Myra $1,200, but she isn’t the only one to blame. Neither of the other two contestants chimed in to identify the songbird of our generation.

It didn’t take long for Kid Cudi to chime in.

The internet is unforgiving.

Today, somebody on Jeopardy guess that Uncle Kracker was Kid Cudi…… pic.twitter.com/T3lG3yMhj5

Me, when that lady thought Uncle Kracker was Kid Cudi #jeopardy pic.twitter.com/qQrXXw2Lpg

Today on Jeopardy! Alex showed the contestants a picture of Uncle Kracker and a woman answered “Who is Kid Cudi?”

For the record, this is what Uncle Kracker looks like: pic.twitter.com/Jc8wWupeGR