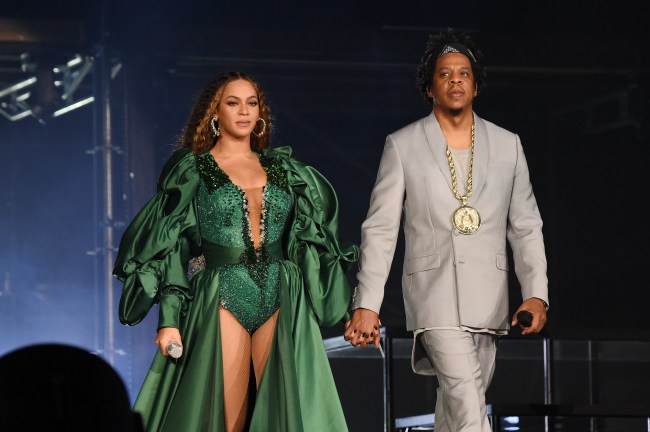 Jeopardy fails truly are the gift that just keep on giving. Throughout the year, we see plenty of very smart people get on the long-running game show and, just when you think they’re the most brilliant people on the planet, they bust out a question to the clue that makes you wonder if they’ve been living in isolation for their entire lives. It’s the kind of reaction that causes you to laugh from your couch at them and scream, “what an idiot!”

And, while we’ve seen plenty of terrible Jeopardy fails over the years — like a recent one where some poor girl thought that Kid Rock’s DJ, Uncle Kracker, was actually Kid Cudi — there’s another one that just happened the other day that has us wondering if some of these contestants do anything but read boring books to help then win on Jeopardy. Unfortunately, a girl named Jessica is now the butt of the joke.

While given the answer “Beyonce and Jay-Z released the album ‘Everything is Lost’ under this collective name,” Jessica just couldn’t resist hitting her buzzer. But, bros, that turned out to be a bad idea. Just take a look at what her reply was.

What is Bey Z 😭😂pic.twitter.com/znyDgjhjkq

BEY-Z. BEY-f*cking-Z! Guys, I’m kind of speechless at what in the hell was going on in Jessica’s mind when she decided to respond. I mean, look, I wouldn’t have gotten the correct answer — which is “The Carters” — but that doesn’t matter, because I’m not on a game show on TV that requires a contestant to do anything but make an ass out of themselves. Seriously, Jessica, if you have to guess, just don’t buzz in. It’s really that simple.

Sadly, it wasn’t that simple for ol’ Jessica, because her Jeopardy fail of “BEY-Z” is officially one of the worst I’ve ever seen. The only bright side of this — besides laughing at the miserable attempt by Jessica — is that BEY-Z is actually a pretty dope nickname for Jay-Z and Beyonce. Maybe the couple will actually release an album together entitled “BEY-Z” and Jessica will have the last laugh here.