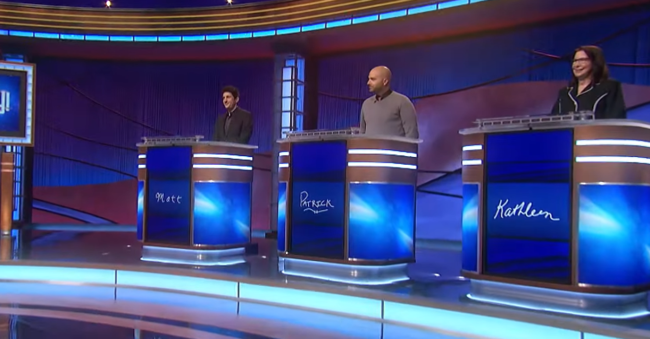 LeVar Burton’s run as one of the Season 37 Jeopardy! guest hosts got off to a rough start on Monday. Burton himself did fine, as many fans who hope he becomes the show’s permanent host had hoped. It was one of the contestants on Burton’s first show as guest host that brought the show down to a never-before-seen level, setting a new record for lowest score ever recorded by a Jeopardy! competitor.

In an impressive display of futility, Patrick Pearce, a product specialist from Fountain View, Calif., broke the record for the worst score ever on Jeopardy! by owing, not winning, $7,400.

With that final tally, Pearce broke the previous record of the lowest score ever, -$6,800, set by Stephanie Hull in March 2015.

So, how did he get there?

Well, Pearce was actually on the plus side of the ledger at several points during the game, but was eventually done in by a Daily Double question in the category ARABIA: “This emirate, a 100-mile-long peninsula on the east coast, has taken a more independent line than its neighbors in recent years.”

The correct answer, which Patrick did not give, was “What is Qatar?” This mistake put Pearce at negative $1,000 and he was never able to recover.

“Patrick just manifested my worst nightmare. Finally get on the show, board isn’t to your strengths, get behind early, panic buzz, snowball, big RED. I feel for him,” wrote one Redditor.

“I hope Patrick doesn’t feel bad about his performance. I don’t think he should. It didn’t make him look bad, just unlucky, like it was all going wrong for him,” commented another.

On the plus side, “At least he can honestly say he had a record breaking score on Jeopardy,” wrote another.

I just saw #Jeopardy Patrick referred to as the "people's contestant' and it couldn't be truer. Over $7k in the hole at Final Jeopardy, he represents all of us yelling the wrong answers at the TV with complete confidence! ❤️ 🤓 @Jeopardy

Lowest Jeopardy score ever should be his new Bumble bio.

Wait, hold up. Did I (and probably a whole lotta other folks) just tune in for the first time in a LONG time to watch the lowest recorded score in #Jeopardy history? If so, now I feel even worse for him😬

Unfortunately, with his -$7,400 score, Patrick wasn’t even able to play Final Jeopardy! His absence in the segment just added to the sadness fans felt.

We are all Patrick Pearce today.