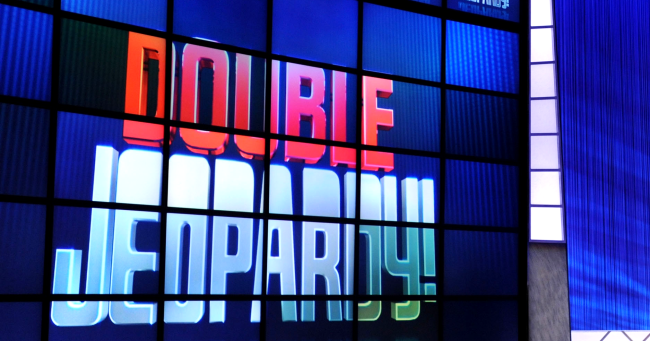 The clue was given as part of a “Plain-Named Maladies” category and read, “Postural Orthostatic Tachycardia Syndrome is also known as Grinch Syndrome because this organ is too small.”

According to Jeopardy! judges, the correct answer is “What is the heart?”

According to a slew of people on social media, the use of the term “Grinch Syndrome” is offensive, misogynistic, shameful, hurtful, an embarrassment, and “incredibly incorrect.”

Among those criticizing the game show for its insensitive, and inaccurate, clue was Dysautonomia International, a non-profit that raises funds for research and promotes awareness of disorders of the autonomic nervous system, like POTS.

“Hey @Jeopardy no one with any credibility calls POTS ‘Grinch Syndrome.’ Promoting outdated misogynistic terms to describe a debilitating autonomic nervous system disorder that impacts millions of Americans is not cool,” the organization wrote on Twitter. “We request an apology on behalf of our community. Do better.”

This appeared on Jeopardy tonight. Grinch syndrome is an offensive term. Can you imagine Jeopardy making light of cancer or MS patients with a "funny" name for their debilitating health condition? Not acceptable. We'd love to see real questions about the autonomic nervous system. pic.twitter.com/kqetij1Jwx

"Representatives for "Jeopardy!" did not immediately respond to @FoxNews request for comment." @Jeopardy, please do the right thing and apologize for this. We're not an obnoxious cartoon character. We are people with a debilitating neurological disorder.https://t.co/xbkYcmB1Ci

According to the National Institutes of Health, Postural Orthostatic Tachycardia Syndrome “is a condition characterized by too little blood returning to the heart when moving from a lying down to a standing up position (orthostatic intolerance). Orthostatic Intolerance causes lightheadedness or fainting that can be eased by lying back down. In people with POTS, these symptoms are also accompanied by a rapid increase in heart rate. Although POTS can affect men and women of all ages, most cases are diagnosed in women between the ages of 15 and 50. The cause of POTS is unknown.”

Dysautonomia International says on its website that POTS “is estimated to impact between 1,000,000 and 3,000,000 Americans, and millions more around the world.”

That’s a whole lot of people for Jeopardy! to make angry with their “Grinch Syndrome” clue.

Oh @Jeopardy this is shameful. I have POTs and am sad you would resort to this. How low. And I might add, incredibly incorrect. Would you seriously tell a kid he has a condition that makes him Grinch?! I just...can't believe this. #jeopardy https://t.co/9u5GIgdqE2

@Jeopardy my daughter has suffered from POTS for 5 years! She isn’t a Grinch she is a WARRIOR!!! You need to apologize to the millions who suffer daily!!!

Also wtf pretty sure my POTS is not caused by having an abnormally small heart? Otherwise I am certain the cardiologists would have mentioned this to me during my ultrasound 🤔 or my other Dr when they diagnosed me w POTS... no mention of small heart size ever made 🤨🤨🤨

No one on my medical team for my POTS calls it Grinch syndrome. In part because they know it's a disorder of my autonomic nervous system. Btw, echocardiograms show my heart is normal size.

a question about POTS was on Jeopardy recently and it’s bizarre how wrong it was. POTS doesn’t cause a small heart, nor does anyone refer to it as “grinch syndrome” lol. my heart is structurally normal thank you very much it just beats fast pic.twitter.com/4vN0SukZj9

I have literally never heard it called Grinch syndrome, what an awful and offensive name my God.

Also, I’m not a “grinch” and there is nothing wrong with my heart - my nervous system does not function correctly which makes my life difficult. #POTS is very real.

As of this writing, Jeopardy! has yet to make any mention of this error on social media.