‘Jeopardy!’ Had A Video Game Category Last Night And Things Did Not Go Well AT ALL 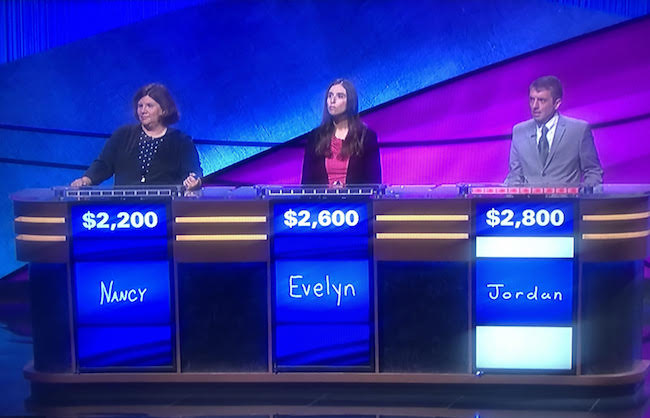 Unlike most millennials, I recently decided to do a reverse cord-cut and pay for cable for the first time in my life and I can say with certainty that I’ve never been happier.

Why’s that? Well, my friend, thanks to the magical power of DVR, I no longer have to organize my nights to make sure I’m home to catch the latest installment of Jeopardy!, a show which rivals the likes of The Wire and Breaking Bad when it comes to the greatest television programs of all time.

Instead, I can bring Alex Trebek into my life whenever I want with a simple push of a button, which is exactly what I did last night when I tuned into the latest installment of the show.

I can’t say how glad I am that I did.

There are certain categories I fear when playing along at home, whether we’re talking about world geography, opera, or anything with “19th Century” in the name.

People smart enough to make it on the show usually have no problem nailing those but there are certain topics that tend to be their kryptonite— like almost anything about sports.

Bruh, they missed every clue in the category 💀 @SomeonesAnIdiot pic.twitter.com/6tSjTBjE8x

As a result, I was thrilled last night when “Video Games” popped up in the first round because I knew there was no way in hell a retired teacher, a Canadian physician, and some guy with a job that pays him enough to hire an au pair would have any idea what was going on.

I was not disappointed.

The contestants stayed away from the category until they didn’t have any choice and it was a bigger trainwreck than that scene from The Fugitive.

they avoided the video game category as long as they could pic.twitter.com/ZCZj1OCi9t

Let’s review, shall we? 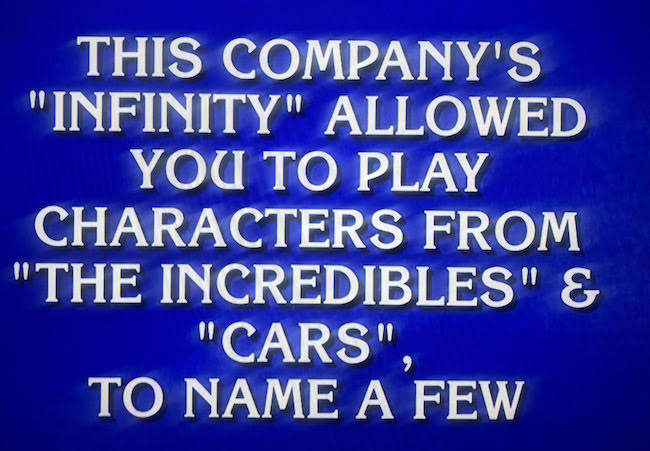 ANSWER: What is Disney?

Evelyn gave it a go with “Pixar,” which is really the closest anyone got to getting one right. 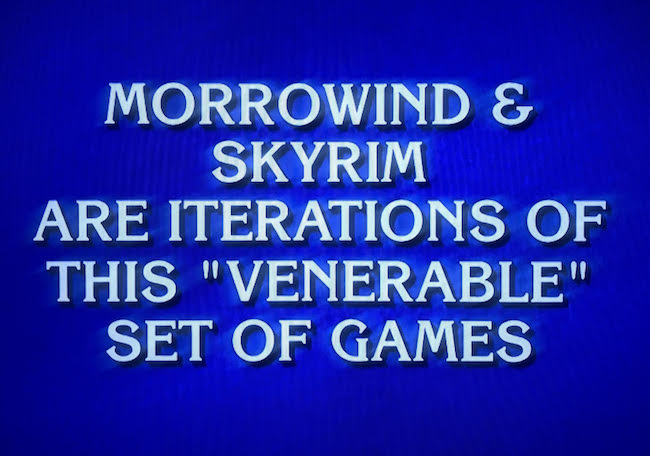 ANSWER: What is Elder Scrolls?

Jordan made it clear he was aware of video games by guessing Dragon Age but still managed to get docked for it. 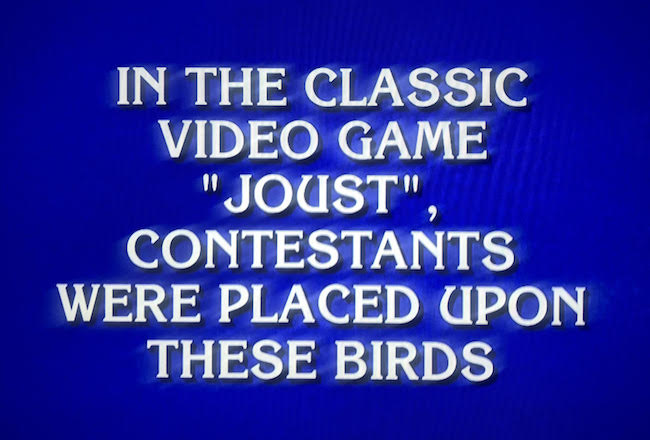 ANSWER: What are ostriches?

No one was brave enough to attempt this one and I can’t say I blame them because I had no idea what it was either. 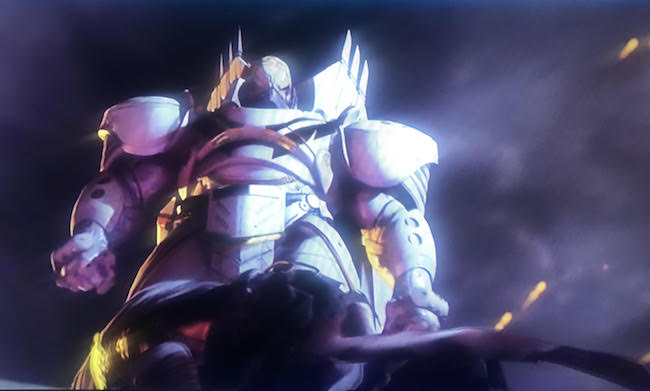 This was a video clip from Destiny so, as you may expect, that was the answer.

Jordan was close with Halo but close doesn’t cut it when Trebek is at the helm. 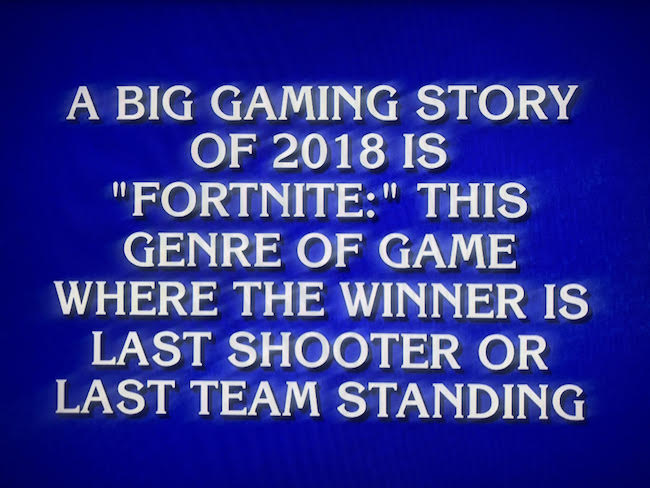 ANSWER: What is battle royale?

I guess none of these people know anyone under the age of 25.