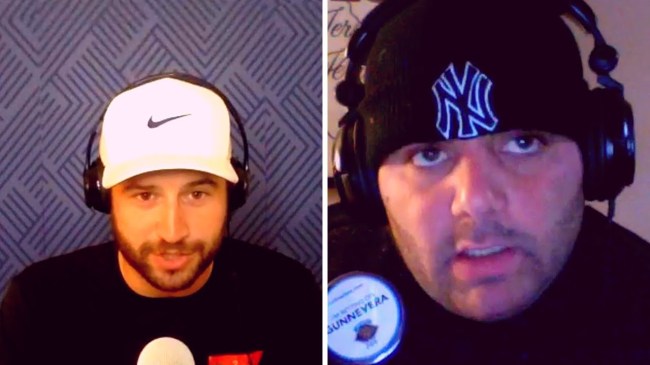 Some people are upfront about living at home with their parents, others try to hide it. For Jersey Jerry, there was no chance to hide it during our Instagram Live that took place during Game 1 of the NBA Finals on Wednesday night.

Jersey Jerry is a repeat guest on The Brilliantly Dumb Show as he is competing for his own segment on the show, all he has to do is hit 7 out of 10 bets. At 5-3, Jerry decided to smash the Tyler Herro prop bet of under 15.5 points scored in Game 1, which cashed. However, his win was totally outshined by the massive L his mom gave him during our IG Live.

Thursday morning is clearly trash day in New Jersey as Jerry’s mom decided to give him an absolute earful that left him speechless. What does a guy do midstream when his mom is unloading on you like that? Jerry’s decision to just sit there, lifeless, and take it was probably a good one after hearing the rage in his mother’s voice.

These live streams have been nothing short of fascinating as you just never know what Jerry is going to do, say, or bet next.

Next week its all on the line for Jerry as he currently holds a 6-3 record with his picks. Be sure to subscribe to The Brilliantly Dumb Show on YouTube as well as Apple Podcasts and Spotify.