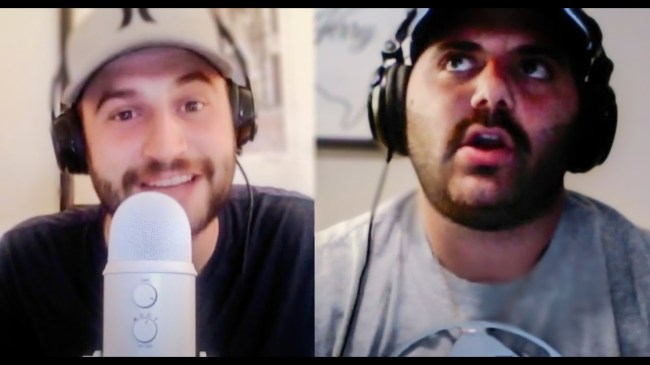 For those who did not follow along last week with The Brilliantly Dumb Show, a wild friend of the pod and gambler by the name of Jersey Jerry is fighting for his own segment on the show. Jerry is a long-time listener w who constantly requests to get his time to shine. Alongside our friends at BetMGM, Jerry has been challenged with the task of picking 7 out of his next 10 games correct in order to win his own segment on the show starting on episode No. 100 called “Turnpike Takes with Jersey Jerry.”

Jerry shocked the world last week with his first pick when he decided to not go with a mainstream NBA or MLB game and instead go with a horse by the name of “Sweet Melania”. It was a pick that nobody saw coming at all, and one that ended in a devastating photo-finish loss for the young thoroughbred.

Tough start for Jersey Jerry, can he get back on track next week?

A post shared by The Brilliantly Dumb Show (@thebrilliantlydumbshow) on Aug 29, 2020 at 1:05pm PDT

It’s time for Jersey Jerry to get things back on track here and in this week’s episode he took it a step further by risking his next pick on a WNBA game. Yes, a WNBA game.

Jerry loves what he has been seeing out of the Indiana Fever and has gone with the Fever money line at -115 over the Atlanta Dream. Another pick The Brilliantly Dumb faithful could never have guessed but that’s just what Jersey Jerry does, keeps us on our toes. Keep an eye out for the Indiana ladies this evening and if you want to be bold, put some money down with Jersey Jerry on it.

In the meantime, go ahead and subscribe to The Brilliantly Dumb Show on YouTube, Apple Podcasts, and Spotify for the full interview with the man himself.