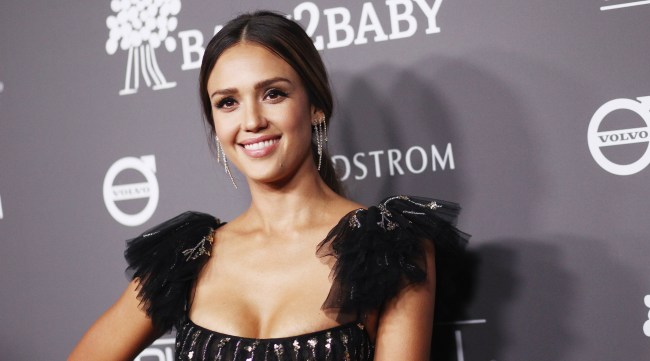 Someone out there must really have it in for L.A.’s Finest actress Jessica Alba.

This past Sunday, Alba and Jackass star Steve-O both had their Twitter accounts hacked with homophobic and racist tweets apeparing in each of their timelines.

Tuesday morning, the hacker posted messages to her account in support of rapper YNW Melly, who is facing two counts of first-degree murder in the deaths of two of his friends in Florida.

“Nazi Germany is innocent no matter what y’all say I swear to God.”

“ugh police sirens in the distance again. When will n****s stop committing crimes so I can get some f***ing sleep.”

“Jessica, when I was a little kid, 6 years old, I used to watch fantastic four, and I loved you please forgive me I’m just having fun.”

“Jessica Alba is worth 360 million dollars… Can I have 1 percent of your net worth Jessica plsssss.”

, @jessicaalba did i interrupt ur sleep again 😳

After her Twitter account was hacked over the weekend, Alba posted a photo of her son crying with the caption, “Me yesterday 🤦🏽‍♀️ -When you wake up and realize your Twitter got hacked while you were asleep!”

The offending posts have since been removed. Alba has yet to comment on this latest social media attack.