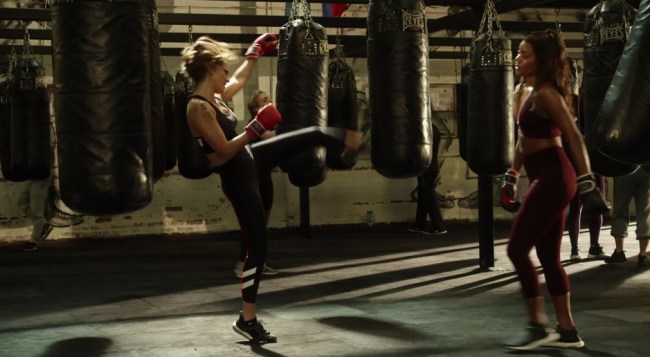 Man, we go 16 years without a Bad Boys movie and now, in 2019, not only are we getting Bad Boys For Lif3, we’re also getting a spinoff TV show called L.A.’s Finest starring Martin Lawrence’s sister in the films, Gabrielle Union as Sydney Burnett, with newcomer to the franchise Jessica Alba.

From the universe of the Jerry Bruckheimer/Michael Bay Bad Boys franchise, L.A.’s Finest follows Syd Burnett (Gabrielle Union), last seen in Miami taking down a drug cartel, who has seemingly left her complicated past behind to become an LAPD detective. Paired with a new partner, Nancy McKenna (Jessica Alba), a working mom with an equally complex history, Syd is forced to confront how her unapologetic lifestyle may be masking a greater personal secret. Taking on the most dangerous criminals in Los Angeles while skirting the rules, and speed limits, Syd and Nancy become a force to be reckoned with – on the streets, and in each other’s lives.

The first three installments in the 13-episode series will be exclusively available to Spectrum video subscribers free On Demand (and without ads) on May 13, after which new episodes will release every Monday until the finale.

The premiere of L.A.’s Finest on Monday, May 13th will be the first offering under the new Spectrum Originals banner, will will be “the latest expansion of Charter’s market-leading video offerings, which include regional sports networks and its award-winning Spectrum News services.”

Got all that? Good. Here’s the show’s first trailer along with some other goodies that have been released on social media.