Disney Alters Appearance Of Jessica Rabbit To Make Her ‘More Relevant’ To Today’s Culture, And People Are Mad 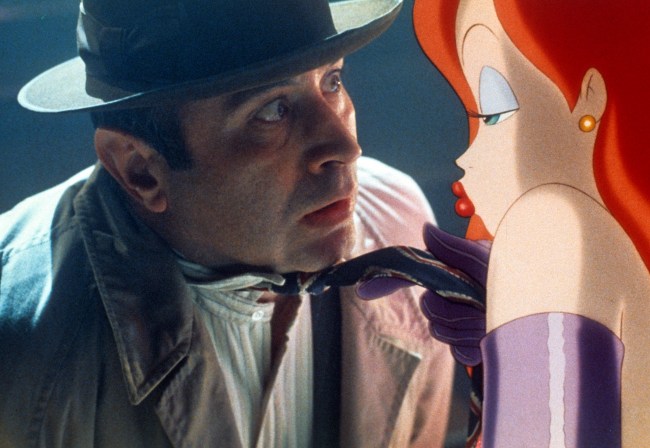 Jessica Rabbit, the iconic Disney character known for her sultry appearance, is getting a makeover to make her “more relevant” to today’s culture, Disney officials said. The revision of the animated character has many fans up in arms.

The Disneyland theme park in California is altering the storyline of the Roger Rabbit Car Toon Spin, which is based on the 1988 American live-action/animated comedy Who Framed Roger Rabbit. “Roger Rabbit’s Car Toon Spin is the latest Disneyland attraction to undergo a major renovation to remove outdated and problematic scenes — joining Pirates of the Caribbean, Splash Mountain and Jungle Cruise,” according to the OC Register.

Two scenes are being updated in the Roger Rabbit Car Toon Spin, including one featuring Jessica Rabbit. The current scene depicts Jessica Rabbit as a damsel in distress, as she is kidnapped by the Toon Patrol Weasels and thrown in the trunk of a car.

However, the original plot of the ride shows Jessica Rabbit get the upper hand on her captors and clubs the Weasels with a mallet.

The update replaces Jessica Rabbit in the trunk with barrels of cartoon-erasing paint thinner known as “Dip.” The revamped ride also makes Jessica Rabbit a private investigator, and she ditches a glittery slinky dress for a fedora and a trenchcoat.

Here's some more information about the new Roger Rabbit's Car Toon Spin backstory at Disneyland. This poster will be displayed in the queue.

“Jessica Rabbit has determined it is past time for her to throw her fedora in the ring by starting her own private investigation service,” according to the new Roger Rabbit’s Car Toon Spin backstory. “Watch out weasels, your reign of terror is over.”

However, many fans of Jessica Rabbit are not impressed by the makeover.

Disney does not understand the concept of Jessica Rabbit… pic.twitter.com/shD7aO6zge

“Disney blindly stumbling into the objectification vs. sex positivity debate by saying Jessica Rabbit needs to have a masculine job and wear masculine clothes in order to be empowered,” one person wrote.

Another commenter said, “I’m not one to be outraged when Disney decides to change something in one of their attractions. And I’m not now. I’m just extremely confused on who the f-ck actually had a problem with Jessica Rabbit other than maybe a couple pearl-clutching Karens?”

A Twitter user stated, “did y’all forget that jessica kicked weasel ass by the end of the ride? she didnt just disappear in the trunk of the car. like, i get the reasoning here but it’s just dumb & ignores the original story and slaps on a new, more complicated story on the top of it all and its a mess.”

Another tweeted, “on the one hand, Jessica was NEVER portrayed as a damsel in distress, sans when she and Roger were captured together, and always proved herself more than capable in the film multiple times.”

A user asked, “Is it just me or is #Disney basically slut shaming Jessica Rabbit?”

Someone said, “Jessica’s whole purpose in the film was to show that sexy women in dresses aren’t just helpless damsels. If you throw her in a fedora and a baggy detective’s coat as a means of making her more ‘relevant’, you’re missing the point of her character.”

A commenter exclaimed, “Well the PC Police have struck again!”

There was a similar backlash earlier this year when Lola Bunny was altered to be less “sexualized” for Space Jam 2.

Space Jam 2 director Malcolm D. Lee said he was caught off guard by the “very sexualized” depiction of Lola Bunny in the original movie, but “reworked” the animated bunny rabbit.

“This is 2021. It’s important to reflect the authenticity of strong, capable female characters,” Lee said.