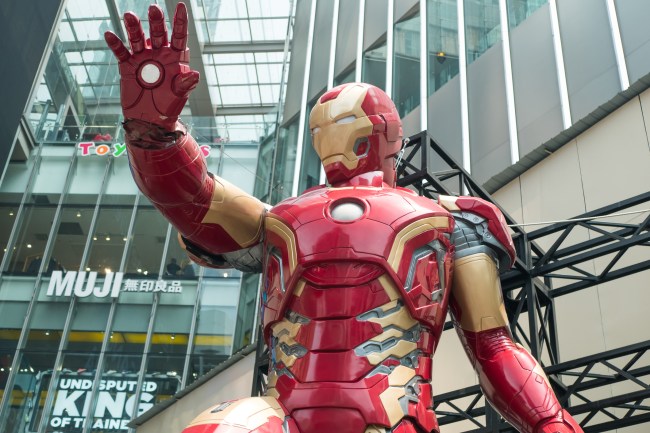 When I was young and thought about The Future it was full of flying cars and wearable computers or chips implanted into our heads, maybe a little bit of time travel thrown in there for good measure.

The wearables market has outpaced the progress made on flying cars because it’s 2020 and we still don’t have one, but the abstract idea of personal flight still very much represents my idea of ‘the future’. Tony Stark’s ‘Iron Man‘ was fully capable of human flight and I think a lot of people have looked to the Iron Man suit as a blueprint for what the engineers should be working on building out.

Obviously, Tony’s model is not practical (fuel!!!) or we’d have a working Iron Man suit by now but we have the next best thing. A personal jetpack suit with carbon-fiber wings that are powered by four mini jet engines. In a recent demonstration, it reached a height of nearly 5,000 feet and speed of 149mph.

This clip was shared by the Crown Prince of Dubai and it shows stuntman Vince Reffet, aka ‘Jetman’, showing off what could be the future of personal flight. Here’s the HD footage on YouTube (shot in 4K):

Within just 30-seconds of flight the Jetman had climbed to a height of 3,280 feet at an average speed of 130 knots. According to the NYPost, this was the first time that the ‘Jetman’ has taken off straight up into the air.

This all went down on Friday, February 14th (Valentine’s Day) in Dubai because OF COURSE it happened in Dubai. They’ve run out of expensive ass things to do in that city so now they’re trying to conquer the air because the billionaires are bored with their Ferraris…Am I salty? Sure. I’d love to have billions of dollars to throw at someone to build me out a personal jetpack so I could fly around like Tony Stark.