Another Guy In A Jetpack Was Spotted By Pilots At 6,000 Feet As They Were Landing At LAX (Audio) 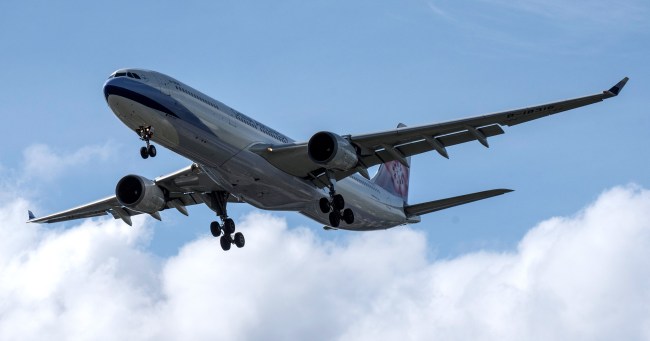 A little over a month ago, several pilots for American Airlines, Skywest Airlines, and others reported seeing a guy in a jetpack as they landed at Los Angeles International Airport (LAX).

No explanation was ever revealed and so whoever the person was doing the flying around at about 3,000 feet in restricted airspace got away with it.

One would assume that a person using a jetpack and flying around gigantic commercial airliners who have no idea that you’re there would be a one-time thing. One would be wrong. It just happened again.

This time the guy in a jetpack was spotted by pilots of China Airlines Flight 006. And he wasn’t just chilling out at 3,000 feet this time. The China Airlines pilots reported seeing him at around 6,000 feet.

“A China Airlines crew reported seeing what appeared to be someone in a jet pack at an approximate altitude of 6,000 feet, about seven miles northwest of Los Angeles International Airport. The FAA alerted local law enforcement and will look into the report,” the FAA said in a statement to CNN.

“The FBI is in contact with the FAA and is investigating multiple reports of what, according to witnesses, appeared to be an individual in a jetpack near LAX, including one today reported by a China Airlines crew,” said FBI Los Angeles Field Office spokeswoman Laura Eimiller.

Leigh Coates, the first female jetpack pilot, told Fox 11 that it’s possible for a jetpack to go as high as 18,000 feet, but fuel limits the range. Coates also suggested that the person spotted using a jetpack also could have been a mannequin strapped to a drone, which is still very dangerous for airplanes in the area.

The China Airlines Boeing 777 was arriving at LAX from Taipei, Taiwan on Wednesday at around 1:45 PM local time when it spotted the guy in the jetpack.

The War Zone obtained audio of the verbal exchanges between China Airlines Flight 006, other aircraft in the area, and the LAX tower.

China Airlines 006: “We saw a flying object like a [this part is hard to decipher, but it sounded like] flight suit jetpack at 6,000. ”

LAX was then heard contacting another aircraft using the callsign Idaho 30. The War Zone reports Idaho is a callsign commonly associated with law enforcement aircraft and helicopters. This was confirmed in later audio.

Air traffic controllers were also heard speaking with Alaska Airlines Flight 1864 warning them about the potential of a person using a jetpack in the area.

“Alaska 1864, about 15 minutes ago there was a jetpack reported about 5 miles ahead, around 6,000, but I had some law enforcement come out and check it out and they didn’t see anything, so, use caution though,” said the LAX air traffic controller.

Listen to the full conversation from LiveATC.net below…