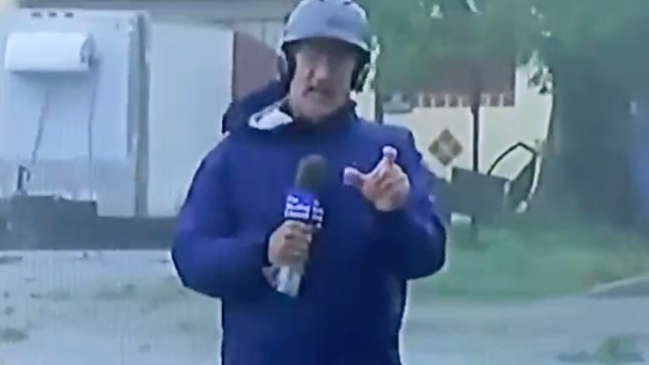 Over the past week, millions of people have been advised to evacuate cities and towns in southwest Florida as well as some other coastal areas on the Gulf of Mexico due to the threat Hurricane Ian posed as it slowly but surely barreled toward the region after forming over the Atlantic Ocean earlier this month.

However, there were some people who took those warnings as their cue to rush down to the coast of the Sunshine State to do what they do best in the form of the various meteorologists. reporters, and film crews who’ve flocked to the region to provide updates from the ground and capture some of the crazy footage the Category 4 storm has been able to produce.

That group of brave men and women includes Jim Cantore, the veteran Weather Channel correspondent who’s been covering various weather-related incidents and catastrophes for the network for decades.

Cantore has earned a bit of a reputation for having a flair for the dramatic, and while his coverage may come off as a bit over-the-top at times, you still have to respect him for willingly putting himself in harm’s way time and time again—especially when you take a look at what unfolded on Wednesday.

Cantore set up shop in the city of Punta Gorda prior to Hurricane Ian making landfall, and he seemed to be in incredibly close vicinity to a lightning strike or some other incident that generated a fairly massive boom nearby when he was providing viewers with a live update on Wednesday afternoon.

Jim Cantore getting the 💩 scared out of him in Florida 😯 #HurricanIan pic.twitter.com/PDByaViqMO

The reporter was visibly startled by whatever development occurred just outside of the frame, and while he didn’t provide an immediate update, the body language that absolutely screamed, “Nope. No way. Absolutely not. I’m out of here” managed to say everything that he didn’t.

I can only assume he was walking to get a new pair of pants because I know I’d need some clean ones after that.

He may have walked away from that first incident unscathed, but he was unable to avoid the tree branch that came flying his way shortly after.

Jim Cantore got hit by a flying tree branch during hurricane report pic.twitter.com/ybONC3VR51