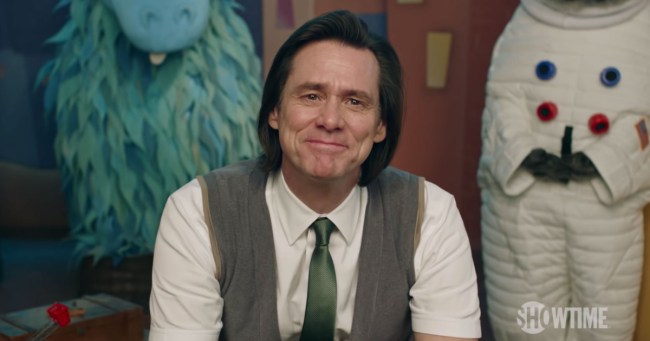 Jim Carrey has been rather invisible in recent years. The last significant project that Jim Carrey has been involved with is Dumb and Dumber To in 2014. The former comedian returns to star in Showtime’s upcoming TV show Kidding and comes across as a sad Mr. Rogers.

“An icon of children’s television, a beacon of kindness and wisdom to America’s impressionable young minds and the parents who grew up with him — who also anchors a multimillion-dollar branding empire. But when Jeff’s family begins to implode, he finds no fairy tale or fable or puppet will guide him through the crisis, which advances faster than his means to cope.”