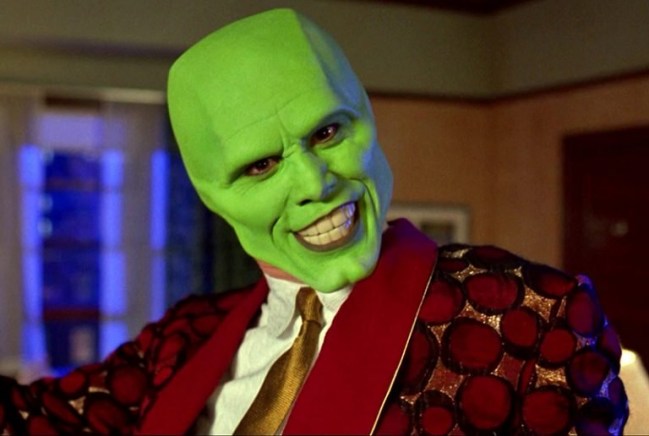 The Mask was a movie ahead of its time when it was released in 1994 with the visual effects. With the improvements in CGI, a sequel to The Mask could be intriguing. But you would need Jim Carrey to return as Stanley Ipkiss, and the 58-year-old comedic actor is willing to reprise the role that earned him a Golden Globe nomination under one condition.

The fantasy comedy movie adaptation of the Dark Horse Comic told the story of Stanley Ipkiss, a down-on-his-luck bank clerk who discovers a magical mask that transforms him into a zoot-suited immortal with cartoonish superpowers and he is able to steal the girlfriend of gangster and Coco Bongo nightclub owner Dorian Tyrell, played by Cameron Diaz in her first feature film and breakout role.

This week, Jim Carrey revealed that he would be willing to do a sequel to The Mask but only under one very specific condition.

While doing promotion for his current movie Sonic the Hedgehog, Carrey commented on the possibility of a new The Mask movie.

“I don’t think in terms of sequels and stuff like that, I mean, this one [Sonic The Hedgehog] is kind of right for it because we have not evolved the character [Dr. Eggman] fully yet,” Carrey told ComicBook.com. “The Mask I think, myself, you know, it would depend on a filmmaker. It depends on a filmmaker really. I don’t want to do it just to do it. But I would only do it if it was some crazy visionary filmmaker. Sure.”

In July of 2019, comic co-creator Mike Richardson said he’d love to see The Mask get a remake, possibly with a female lead.

“I’d like it to be another character film about a person dealing with absolute power,” he told Forbes. “The whole theme of The Mask was we all say what we would do if we had absolute power, just like Stanley Ipkiss.”