Internet Reacts To ‘Harry Potter’ Creator J.K. Rowling Not Being Featured In The 20-Year Reunion 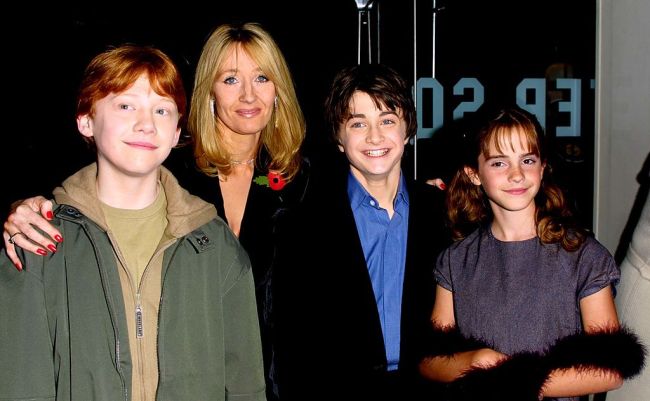 First things first — just say this to yourself out loud real quick: “It’s been two decades since the first Harry Potter movie came out.” 20 years! If you’re a millennial like me, that’s a huge demarcation of how old you were, especially considering that I — probably like many of you — remember being an 8-year-old kid with a crush on Hermione. Now I’m a 28-year-old man with a crush on Emma Watson. The more things change, the more they stay the same. At least that’s what they tell me. I could probably write an entire article about people losing their shit over how long Harry Potter has been in our lives, but this facet of the story is far more interesting.

In celebration of Harry Potter and the Sorcerer Stone‘s 20th anniversary, HBO Max announced a special event — Harry Potter 20th Anniversary: Return to Hogwarts — that will feature a reunion of the main cast for the first time ever. The main trio of Daniel Radcliffe, Rupert Grint, and Emma Watson will be there, as will the various stars such as Gary Oldman (Sirius Black) and Ralph Fiennes (Voldemort) that helped bring the series to life. One person that won’t be featured, though? Harry Potter creator and author J.K. Rowling.

Sources close to the project note that the retrospective will focus on the creation of the film and the central cast/team. Rowling will, however, be featured in archival footage. She will not make a new appearance in the special. [via The Hollywood Reporter]

Naturally, this elicited reactions from both sides of the J.K. Rowling argument, who has caused a stir in recent years with her opinions about sections of the LGBTQ community.

Rowling making an ass of herself the last couple years has absolutely destroyed my interest in a franchise I used to LOVE. A damn, damn shame. https://t.co/5ed9EXKoks

It doesn’t get more #Woke than this https://t.co/D5QDzgdYcP

She's still getting paid though so… https://t.co/h9ZxLFIo71

She gonna be laughing all the way to the bank so… Did woke/cancel culture really get her? https://t.co/RfVF04fCUU

For those wondering, J.K. Rowling’s only mention in the press release is in the “About Wizarding World” section at the bottom, in the midst of the other “About” sections for HBO Max and others. pic.twitter.com/F6NA1Ilnmu