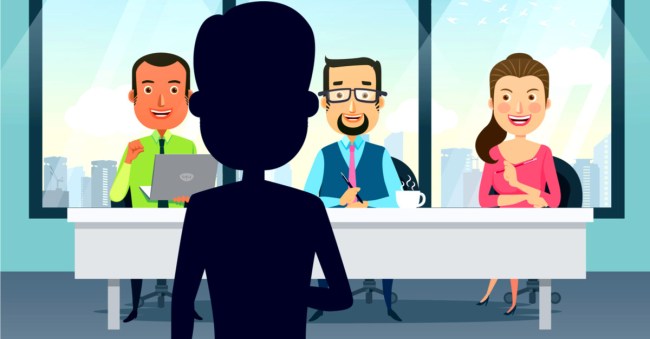 Doing well in a job interview is part art and part science. Crafting the right image to project varies from one employer to another. But there are some pretty hard and fast rules you can follow to increase your chances of having a successful interview.

According to their survey of 1,014 hiring managers and human resource professionals across assorted industries and company sizes, nearly half of employers reported that they know if a candidate is a good or bad fit within the first five minutes of the job interview. Only eight percent say they take a half hour or longer to make up their mind about a potential employee.

“There’s a lot riding on an interview — you have to make a great first impression, have knowledge of your target company and its product, and know exactly how to convey that you’re the perfect fit for the job,” said Rosemary Haefner, chief human resources officer at CareerBuilder. “The best thing you can do for yourself is to prepare and practice everything from your body language to answers to standard interview questions. You never get a second chance to make a first impression, so going in well-prepared is key.”

When asked to share the most unusual things job candidates have done during the interview process, here are some of the odd stories employers and hiring managers shared. You probably shouldn’t do any of these things.

Got all that? Good. I know it’s a lot to remember, but just use some common sense and you should be good. Oh, and be sure to also not make any of these body language mistakes. Hiring managers don’t like these either.

1. Failure to make eye contact: 68 percent
2. Failure to smile: 38 percent
3. Playing with something on the table: 36 percent
4. Fidgeting too much in his/her seat: 32 percent
5. Bad posture: 31 percent
6. Crossing their arms over their chest: 31 percent
7. Playing with hair or touching one’s face: 26 percent
8. Handshake that is too weak: 22 percent
9. Using too many hand gestures: 13 percent
10. Handshake is too strong: 8 percent