There Are Few Things More Embarrassing Than Joc Pederson Bat Flipping A Sac Fly, Thinking It Was A Walk Off Home Run 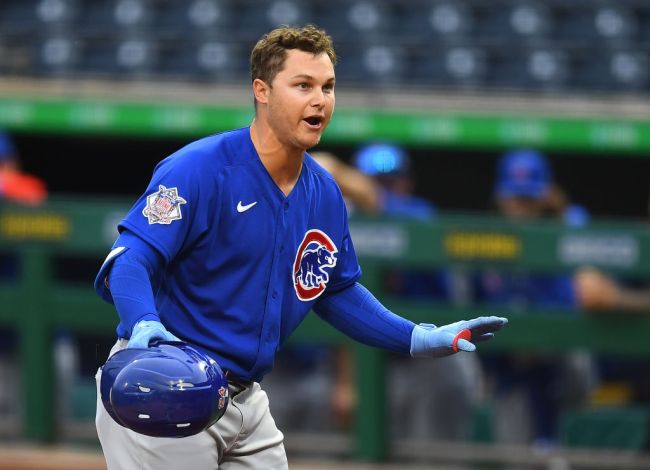 Joc Pederson really thought he did something. The Cubs outfielder stepped up to the plate in the bottom of the 10th inning against the Dodgers, his former team, and had an opportunity to clear the bases and win the game. With a runner on second and third, Pederson crushed a 1-1 cutter toward the left centerfield wall at Wrigley Field. To clear the fence, he would have had to have gone about 369 feet. Nice.

The 29-year-old thought he got all of it and emphatically dropped his bat on home plate, admiring what he figured to be the game-winning, three-run dinger. Well, he did not do something and the three-run shot quickly dropped around the 364 foot mark, right into the glove of Mookie Betts for the first out of the inning. One run came in to score and tie the game, but the second runner could not reach the plate from second.

It was a really tough scene for Pederson, bat flipping a sac fly and all. His teammates were outwardly smirking in the dugout and Pederson was clearly embarrassed, as he probably should be.

To make matters worse, Chicago could not capitalize on the runner in scoring position and after two intentional walks to load the bases, Wilson Contreras grounded into a double play. Pederson thought he ended it. Instead, the game went to the 11th inning and Los Angeles added a go-ahead run in the top half.

The Cubs knocked home the game-tying run with two outs in the bottom half and Anthony Rizzo walked it off moments later. Pederson was saved from a horrible, terrible, no good, very bad moment with the win, and his premature bat flip against his former squad will soon be forgotten.