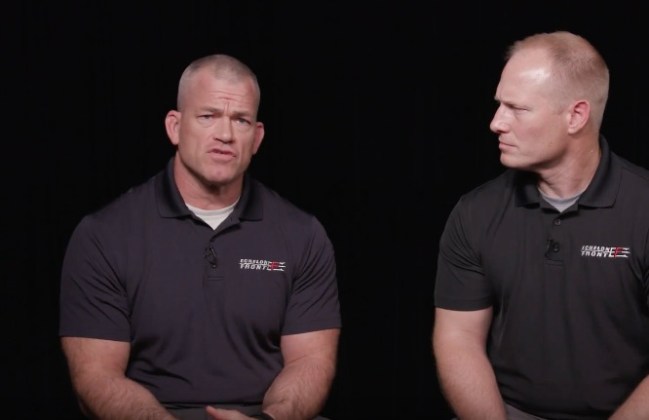 After leaving the military, (now) retired Navy SEAL commander Jocko Willink published a book titled Discipline Equals Freedom: Field Manual and he’s been extremely adept at raising awareness for his book by sharing stories of life in the military.

There are millions of guys like myself who didn’t serve but are endlessly fascinated about what life is like in the armed forces. Heck, Hollywood makes billions of dollars profiting off of this genre. Unlike movies, however, this is straight from the source.

In this clip for Business Insider, Jocko Willink breaks down some of the most common misconceptions about life in the military. Many of these misconceptions were manufactured by Hollywood (TV and movies), others are perpetuated by culture. He also discusses what it takes to be an effective leader.

In this clip, Jocko WIllink’s joined by fellow (former) Navy SEAL Commander Lefi Babin and together they dispel some common myths about the role of the military and what the day-to-day life in the military is actually like.

Jocko Willink’s quite literally full of wisdom. I think this is the fourth advice-based article I’ve written about him here on BroBible and he never ceases to drop valuable information when he appears on camera. Here’s what he had to say a few months ago about why it’s always BEST TO RUN from a fight instead of facing attackers head on.

Obviously, I am a fan of jiu-jitsu. No. 1: It’s very practical, like I said, for self-defense. And again, the goal of jiu-jitsu in self-defense isn’t to take someone down to the ground — the goal in jiu-jitsu for self-defense is actually to be able to defend yourself on the ground, get up, and get away from an attacker. That’s what the goal is.
Now, some people might think: “Well, Jocko, I don’t want to run away if somebody wants to fight me. I want to fight them.” Well, let’s think about where that might end up for you. No. 1: You don’t know if this person has a weapon or not. What if they have a knife? What if they have a pistol? What if they’ve got three or four friends? And now you’re getting either shot, stabbed, mutilated, or otherwise maimed and killed. That’s not what you’re looking for on a Friday night as you’re walking down the street.
OK, so let’s say you’re so tough that the other guy — he doesn’t have a knife, he doesn’t have a gun, he doesn’t have any friends — and you take him out and break his arm, choke him, and put him to sleep. Well now guess what happens? You’re getting arrested. Now you’re getting in a lawsuit. Now you have to pay this person money that you actually wanted to beat up.
So it’s a lose-lose situation to get in a confrontation on the street. If you can break contact and get away, break contact and get away. That’s what you should learn self-defense for. Obviously, if someone is doing something that they’re attacking someone in your family and you have to step in to defend yourself, well, that’s why you continue training all the time — because that might happen, and you have to be prepared for that. Optimally, you get out of there: You break contact, you get away. If you have to stand and fight, you train yourself so that you’re able to do it. (via)

If you’re interested in picking up a copy of Jocko’s book you can pick up a hardcover copy of Discipline Equals Freedom: Field Manual for just $12.50 on Amazon and a Kindle version for $11.99.