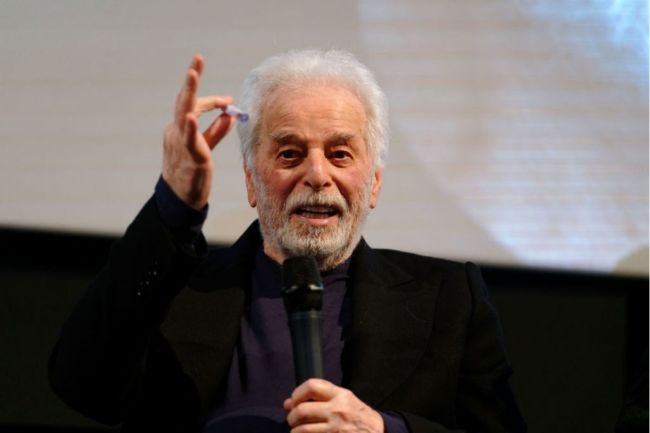 Today, crypto group Spice DAO (DAO standing for “decentralized autonomous organization”) announced plans in their Discord on how they were planning to move forward in creating their own limited animation series.

This announcement comes some months later after Spice DAO won an original copy of the unpublished Dune manuscript from Frank Herbert and Alejandro Jodorowsky at a Christie’s auction. Spice DAO paid over 89 times the estimated sale of the manuscript, which ended up totaling 2.66 million Euros, or over $3 million.

The Dune manuscript was never fully realized, which adds to its rarity, but after Spice DAO announced their Roadmap last Saturday of what they planned to do with the unpublished manuscript they ran into some information they might not have known.

1. Make the book public (to the extent permitted by law)

2. Produce an original animated limited series inspired by the book and sell it to a streaming service

The first notice from the Twitter community was the Dune script was actually published in 2011. It was pointed out by several users.

Anyway, if y'all wanna read a free and publicly accessible copy of the book, here's one that's been online since 2011 https://t.co/EQk8gUnDu4

The other realization is the fact that even though Spice DAO purchased the manuscript, they don’t own the copyright. This notion puts a pretty strong limitation on the second bullet point, “Produce an original animated limited series inspired by the book and sell it to a streaming service.”

You don’t own the copyright to the content you numpties.

Next time invest in science or better yet, education so you can learn how things actually work. https://t.co/lVFKXAJMbK

Current copyright laws make it so Spice DAO would have to seek co-creator consent before committing to an animated series inspired by the book. There is a way to secure the copyright, but it would require them, by law, to wait 70 years after the death of Jodorowsky when the work enters the public domain.

It’s worth pointing out Jodorowsky is currently alive and well at the age of 92.

Botched Buy or Purchased with the Known Information?

SpiceDAO mentioned in their Discord announcement today they believed The Verge‘s coverage of the matter was a “well-researched and thoughtful article.”

That specific article points out that SpiceDAO may have known about the copyright, however, it didn’t necessarily hold high importance. The article suggests the significant publicity on simply buying the manuscript was a play in and of itself, thus giving them public attention around what they do going forward—regardless of whether they’ve got the co-creator approval or not.

Perhaps there’s some truth to the strategy, but paying 89 times the believed price the manuscript would sell for at auction is difficult to ignore. The $3 million purchase might make sense if they did have the copyright to produce—and sell—an animated series inspired by the book.

But now they’re essentially starting from scratch, and while they mention they’ve got a number of industry professionals to begin development of the series, they also state this,

“After two months of outreach, conversations with former business partners and consultations with legal counsel we have not been able to reach an agreement with any of the rights holders involved in the creation of the contents of the book of collected storyboards of Jodorowsky’s Dune.”

Whether SpiceDAO knew about this copyright law or not before buying Jodorowsky’s Dune is up to you. They’re chugging along with their own series, and from an investment standpoint, only time will tell if their big buy generates a return.