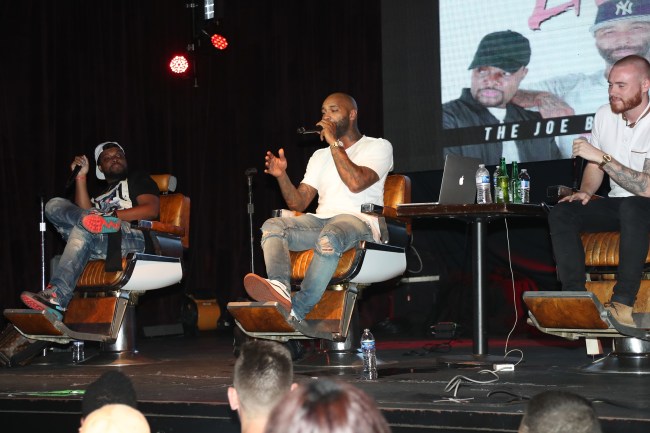 It appears that the Joe Budden Podcast lineup featuring Joe Budden, Rory, and Mal is no more.

For the past two months, podcast host Joe Budden has had a mysterious behind-the-scenes beef with his two co-hosts which led to them taking a break from the show for a month.

After appearing to have patched things up two weeks ago, the crew had another blow-up and Budden has apparently had enough.

On Wednesday day morning Budden posted and deleted the latest episode of the podcast that featured him going on a rant against his cohosts and subsequently firing Rory from the show.

“We gonna do this since Rory thinks he has so many options here, he somehow feels like he’s still running the show. He still feels like he has choices and options, he feels like he’s entitled to more. Rory, you are in breach of your contract and from this point forward you are fired and you are not welcome bacK.”

Budden then dares Rory and Mal to sue him.

Here’s a quick breakdown of the episode that features Budden revealing Rory and Mal weren’t comfortable with the business side of things after Budden’s Spotify deal fell apart. 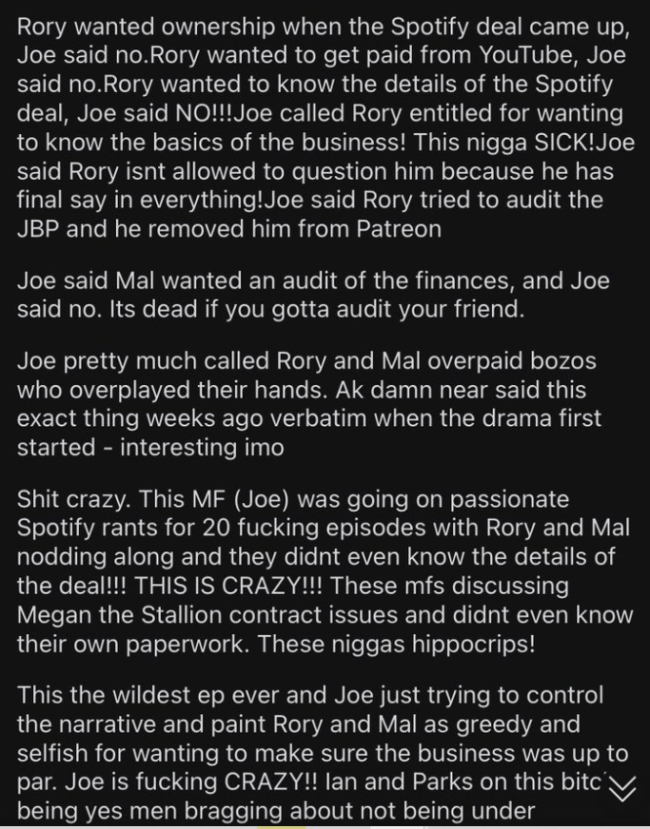 After the episode was deleted, Budden took to Twitter to apparently confirm that the classic lineup of the podcast was done.