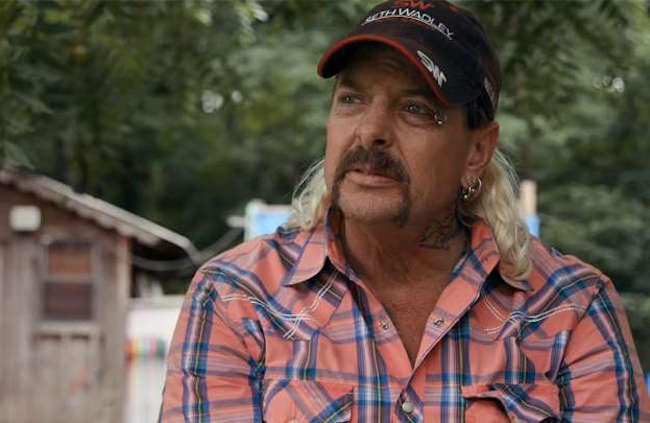 I’m a big documentary guy, and over the years, I’ve seen a number of movies and limited series that seem too bizarre to be true revolving around people with certain quirks and eccentricities that make you wonder if you’re actually watching a mockumentary because you can’t imagine someone like that actually exists in real life.

There are a few that immediately come to mind, including real-life supervillain Billy Mitchell from The King of Kong, every single person in the family at the center of The Queen of Versailles, and Thierry Guetta, the aspiring street artists in Exit Through the Gift Shop (although there’s a chance he might not actually be a real person based on Banksy’s sense of humor).

However, last weekend, I was introduced to a man who trumps them all: Joe Exotic.

There are a number of surreal characters featured in Netflix’s recently released Tiger King: Murder, Mayhem and Madness but none of them come close to topping the gun-totting, exotic animal-loving, country music-singing, blonde mullet-rocking gay polygamist who ran a private zoo in Oklahoma before it all came crashing down after he was charged with hiring someone to murder his foe Carole Baskin, an animal rights activist who had long been the bane of his existence.

In January, Exotic was sentenced to 22 years in prison over that charge as well as the illegal shooting of five of the tigers he owned, but if you thought that would be the last time we heard from him, you obviously didn’t watch Tiger King.

According to People, the man legally known as Joseph Maldonado-Passage filed two lawsuits against several government agencies seeking a total of $94 million, claiming he’s owed $74 million for the personal property he was forced to forfeit and another $15 million for violating his civil rights (including false imprisonment).

Earlier this month, Exotic informed his over 25,000 Facebook followers about his decision in a post in which he appealed to the Trump administration to take a closer look at his alleged miscarriage of justice while appearing to angle for a pardon.

I highly doubt this is going to end the way Exotic hopes it does but I honestly don’t really know which of the people in the documentary to believe, as I was about as confused about what actually happened when the final credits rolled as J. K. Simmons was at the end of Burn After Reading.

Here’s to hoping this new saga eventually ends with us getting a sequel.