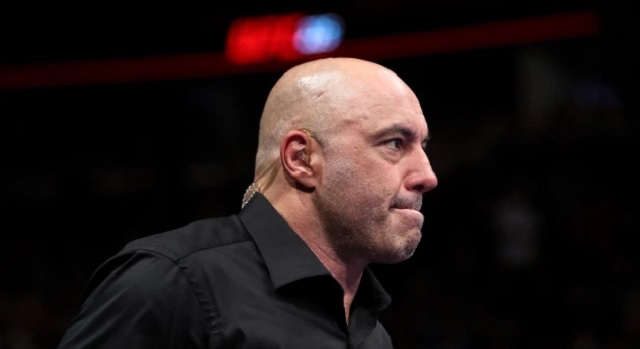 Over the weekend we learned about the tragic death of “Black Panther” actor Chadwick Boseman, who passed away after a four-year battle with colon cancer.

Following Boseman’s passing, there have been countless tributes including one from UFC commentator Joe Rogan.

During an interview in the debut episode of “Unlocking the Cage with Jimmy Smith” on Sirius XM, an extremely emotional Rogan nearly broke down in tears when talking about Boseman’s death.

“When you see a person who was inspirational for so many … that movie meant so much to people,” “It meant more to people than just a superhero movie because it was really the first all-black cast superhero movie. There’s such a disparity in terms of black superhero movies versus… there’s so many white superhero movies. That movie was a spectacular box-office success.

“As a human being outside of the movie, to be this guy who embodies what you would want from a movie star and a guy in a position of prominence and a guy who has a voice, to see him die at 43 of cancer—none of us had any idea—It speaks to his character that he would suffer in silence like that,” “He didn’t make a big deal out of trying to get through cancer.”

Rogan also talked about his social media tribute Bosewick he posted on Instagram.

I put on my Instagram, a video of him doing Wing Chun and getting ready for the Black Panther movie. You know when you see a person that was inspirational for so many — Have you ever seen that video?

“It’s from the Avengers movie (End Game). There is a video someone took from the audience where they see him show up on the screen and the whole audience goes crazy! It is amazing. That movie meant so much to people because it was really the first all-black cast superhero movie.”

When I read that he died my instant reaction was “Fuuuuuck.” Such a brilliant man, and a powerful speaker. The fact that he did so much WHILE he was privately fighting cancer is just stunning. #Repost @sportscenter with @Rep0stApp • • • • • • • Chadwick Boseman's martial arts training for his role as King T'Challa in 'Black Panther' 🙏

We all feel the same way, Joe.