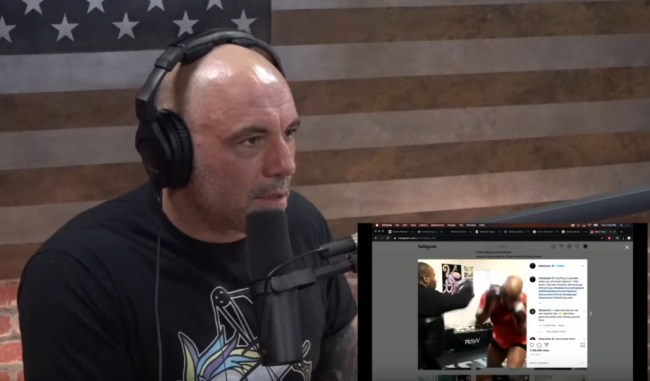 Joe Rogan is making a major change to his immensely popular podcast the “Joe Rogan Experience”.

On Tuesday, Rogan announced that he was moving the podcast exclusively to Spotify in a multi-year deal later this year.

Announcement: the podcast is moving to spotify!
Starting on September 1 the podcast will be available on Spotify as well as all platforms, and then at the end of the year it will move exclusively to Spotify,… https://t.co/7IRHET5eZo

The video portion of the JRE podcast will also be exclusively distributed on Spotify.

In addition to the wildly popular podcast format, JRE also produces corresponding video episodes, which will also be available on Spotify as in-app vodcasts.

This partnership represents a major addition to the already unrivaled slate of exclusive audio content available to audiences on Spotify.

Spotify is assuring fans the Rogan will still maintain full creative control over the show.

While Spotify will become the exclusive distributor of JRE, Rogan will maintain full creative control over the show. Bringing JRE to Spotify will mean that the platform’s more than 286 million active users will have access to one of the leading voices of today’s podcasting renaissance.

According to the Wallstreet Journal Rogan’s deal with Spotify is worth over $100 million.

Wall Street Journal reports that Joe Rogan's licensing deal with Spotify is worth more than $100 million.https://t.co/rsItc3gYCe