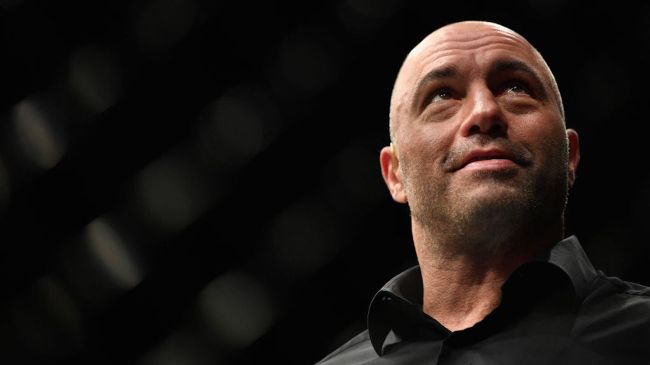 With Johnny Depp in the news all week due to his $50 million defamation lawsuit against his ex-wife Amber Heard, virtually everyone with a platform has weighed in on the proceedings, including podcast host Joe Rogan.

Speaking to comedian Jessica Kirson on a recent episode of Spotify’s The Joe Rogan Experience, Rogan, 54, discussed his opinion on the trial, saying it’s a “cautionary tale about believing in bullshit.”

“I’m watching this trial, like it’s a cautionary tale about believing in bullshit, like forming a narrative in your head like, ‘We’re rebels together. And then you’re seeing it all play out in court like you’re seeing all the crazy come out. [Depp] talked about [Heard] shitting in his bed. Yeah, that’s great… That’s a real problem. Hard to forget.”

Rogan also weighed in on Johnny Depp’s history of growing up in the spotlight:

“The whole Johnny Depp thing is just, he was famous when he was 20,” said Rogan. “And I don’t think you get any kind of perspective like that. I think you’re fucked. It’s like making cement, but you don’t add in all the ingredients.”

Ultimately, Rogan seems to be believing Depp’s side of the story:

“This is a big win for Johnny Depp,” he said. “And a big loss for Pirates of the Caribbean! You got rid of the best fuckin’ pirate you ever had! For a crazy lady!”

Depp has filed the lawsuit against Heard in response to a 2018 op-ed in The Washington Post. In the piece, Heard alleged that she was the victim of domestic abuse from Depp. During his testimony, the 58-year-old Pirates of the Caribbean actor said that Heard’s allegations cost him “nothing less than everything.”

RELATED: Johnny Depp Claims He’s Never Seen The Original ‘Pirates’ Movie And That No Amount Of Money Could Get Him To Make Another