Joe Rogan Admits He Says “Dumb S–t”, Implies It’s Not His Fault That People Take Advice From Him 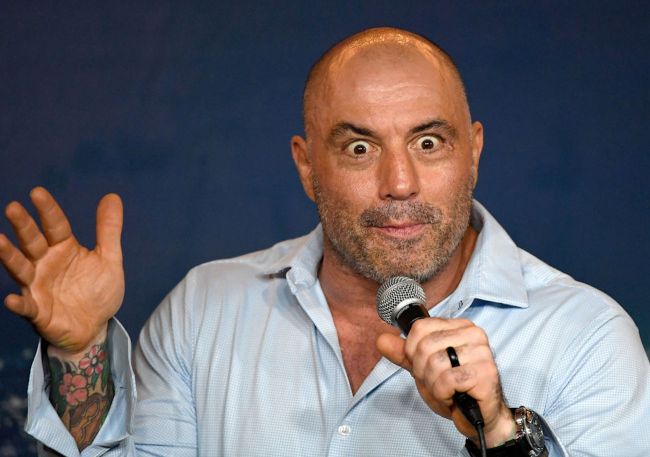 During a stand-up comedy routine in Milwaukee over the weekend, podcaster and UFC commentator Joe Rogan — who previously declared that he’s “not a doctor, he’s a fucking moron” following the response to his comments about young people getting the vaccine — said on stage that he says “dumb shit” before wondering if it’s his fault that people choose to get vaccine information from him.

Rogan’s comments come after he previously claimed back in April that “young and healthy” people don’t need to get the vaccine. His comments prompted an official response for the White House, which then led to Rogan walking back his statement: “For the most part I think it’s safe to get vaccinated,” Rogan said following the blowback.

“I say dumb shit,” Rogan said during his routine on Saturday, August 7, according to a review of the performance in the Milwaukee Journal Sentinel. “If you’re getting vaccine advice from me, is that really my fault?”

In addition to his comments about his vaccine advice, the review also says that Rogan, who is in the midst of a $100 million deal with Spotify that sees him host the country’s most popular podcast, stated that he has been “canceled”

While cell phones were not allowed to record video as they were locked away upon entry (similar to what Dave Chappelle does at his shows), the Milwaukee Journal Sentinel‘s review of Rogan performances said the 53-year-old podcast host made jokes about political correctness, homosexuality, Nazis, and WNBA players, among other topics. Rogan also reportedly used the “R” word multiple times.

Furthermore, Rogan also discussed his past use of the “N word” — “Rogan’s multiple uses of that word, caught on camera, became the basis for a compilation video that made the rounds online, which Rogan suggested Saturday was embarrassing for him to watch” — prompting a patron in the audience, unfortunately representative of a portion of Rogan’s fanbase, to urge the longtime UFC color commentator to “say it” aloud. Rogan did not oblige.

This isn’t the first time that Rogan has attempted to clarify that his opinion is not a professional one, as he said on an episode of the Joe Rogan Experience earlier this year that he’s “not a doctor” and “not a respected source of information.”