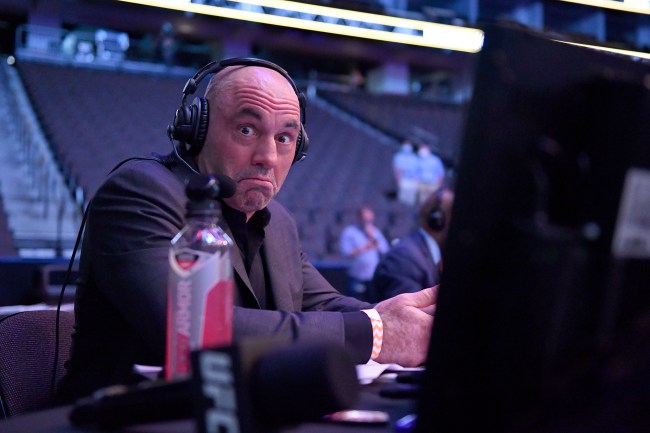 Joe Rogan has found himself in the middle of a controversy within Spotify after signing with the streaming giant for $100 million earlier this year.

A few weeks ago it was reported that Spotify employees had threatened to strike if they didn’t get editorial oversight over the JRE Podcast after Rogan had controversial writer Abigail Shrier on as a guest.

During the latest episode of the JRE podcast, Rogan addressed the Spotify situation and said that no one at the company had told him about employees complaining about his content.

They have literally said nothing to me about it,” . “Zero. It’s never come up. Now, is there someone at Spotify that’s complaining about the Abigail Shrier episode? I’m sure. Is it a transphobic episode? It’s not. They’re wrong. It’s nothing to do with that. It has to do with the fact that human beings are actually malleable. We all know that. That’s why cults exist.”

Rogan went on to fire back at the Spotify employees who were angry with them by telling them to listen to the lyrics to some of the music hosted on the site which he says are much worse than anything that he’s saying on his podcast.

I don’t know what the actual conversation has been from Spotify talking to these employees. But if these employees are listening, I would tell you, emphatically, I am not in any way anti-trans. … I am 100 percent for people being able to do whatever they want, as long as it doesn’t harm other people.”

“I get it, you’re a 23-year-old woke kid and you’re working for this company and you think you’re gonna put your foot down, I get it.”

It seems like Rogan isn’t backing down even after getting paid.