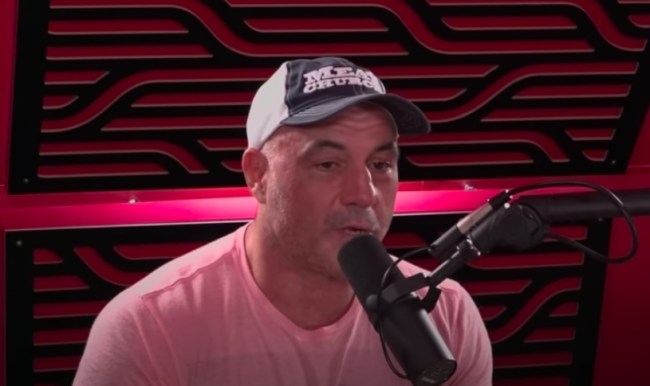 If you scroll through the comments of Joe Rogan’s Instagram post unveiling his new Texas podcasting studio, you’ll encounter an endless stream of celebrities clamoring over what appears to be a aerial capsule that specializes in sending strippers to space.

“That is amazing!!!!” chimed in Rob Lowe, who is seemingly back on the drugs.

Don’t let positive reinforcement from celebrities you respect steer you from the truth, Joe Rogan’s new studio is hot trash and if he doesn’t recreate the old one in Texas with the $13 million he’ll save in tax breaks alone, I will kidnap Jaime and/or cancel my subscription to Express VPN.

How did Rogan come up with a physical set that looks worse than a green screen? Did he not bother to do one test run to make sure it didn't look like total dog shit? pic.twitter.com/djUHAnrE4f

Is this Adam Curry or Gary Busey? Turn on a GATDAMN light in that sex dungeon and we’ll find out.

Aesthetics aside, maybe the most annoying part of the new studio setup is that there is no third camera that captures both people in one shot, a curious divergence from the old setup.

But most importantly, anyone who listened to Rogan’s first episode in the new studio with podcasting OG Adam Curry would agree that it was almost unlistenable. Three hours of Rogan interrupting and diverting Curry away from interesting topics. It was uncharacteristic and strange.

About an hour in, I went to YouTube to see if I was the only one who felt that way. I was not.

By comparison, these were the metrics for the Mike Tyson episode just days prior.

Comments for the Curry episode were a disaster.

I am a Joe Rogan stan. I want what’s best for him. Maybe I’m just resistant to change or just nostalgic for simpler times in an era when everything seems uncertain. But I don’t know how I’m going to maintain the same level of JRE fandom if I have to look inside a robot fleshlight for three hours a day.