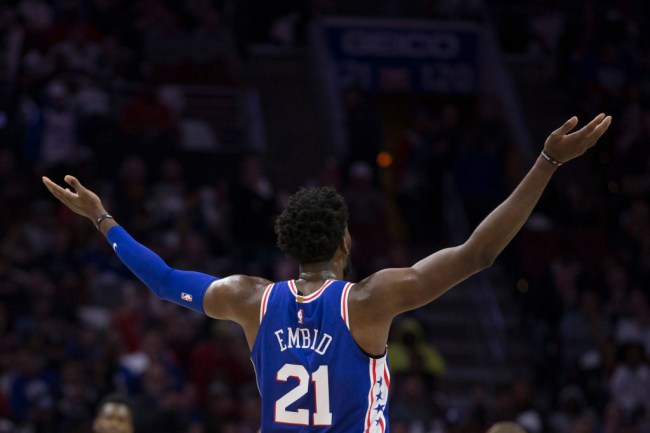 Just a month after Brazilian swimsuit model Anne de Paula broke it off with Irish rockstar Danny O’Donoghue, the 23-year-old has moved on to the Sixers 7-foot center, Joel Embiid.

The pair was spotted smooching after a recent Sixers game and the team’s co-owner Michael Rubin bizarrely threw it up on Instagram, accompanied with the caption: ‘Congrats on your engagement!!!’

There was speculation about the two being an item in a recent GQ cover story when Embiid claimed to have a girlfriend who was “pretty big at what she does.” He also claimed that dating in the NBA can be a tricky process that requires some preliminary research:

“You gotta do your background check,” he says. “You don’t want to be that guy marrying a girl that someone else in the NBA has been with…. I’m sure some guys end up getting married to women that have been around. And maybe on the court they also get told”—here he lowers his voice to a whisper—”Hey, I fucked your wife.”

The world wide web started putting it together when the SI Swimsuit model dropped some breadcrumbs. 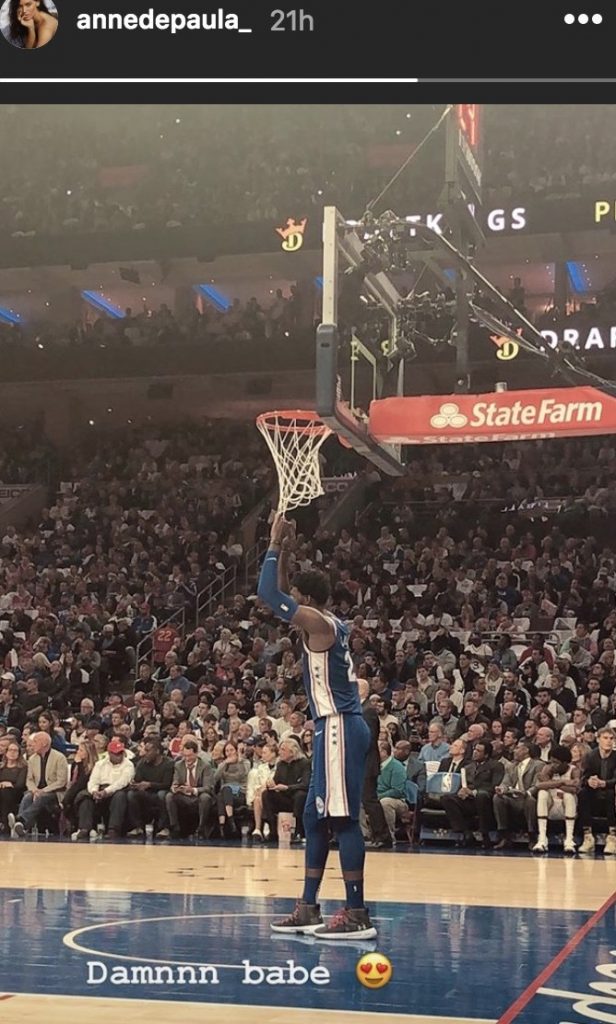 Both Embiid and de Paula are both in their early 20s, traveling apart constantly, and likely have temptations thrown their way at every turn, I don’t for one second think this relationship will last. But for now, have fun fellow kids.